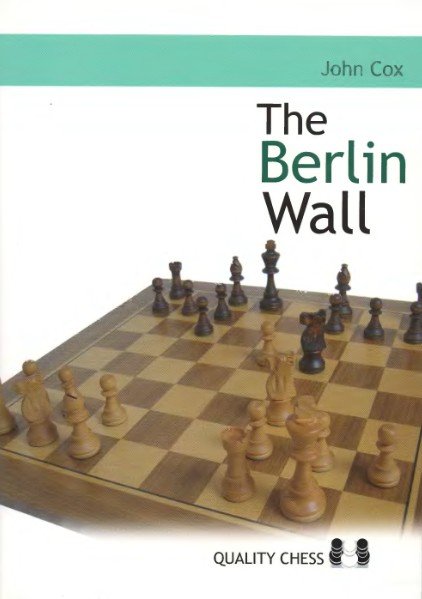 To anyone who has followed top-flight chess in the 21st century, the Berlin will need little introduction. Since Vladimir Kramnik brought it out of retirement in his 2000 world tide clash with Kasparov, where the opening played a huge part in his victory, a clear majority of the world's top 100 players have incorporated it into their repertoires to a greater or lesser extent. Its most high-level patron today is Kramnik great rival and stylistic antipode Veselin Topalov, but Levon Aronian, Ruslan Ponomariov, Magnus Carlsen, Sergei Karjakin and others of the most diverse styles have used it.

The main reason is simple. First and foremost, it's a very strong and solid opening which gives White huge difficulty in showing any advantage.

But the Berlin also has a couple of more practical merits which make it a useful addition to anyone's repertoire. First, it dictates the nature of the play. Once 3...Nf6 hits the board, White really doesn't have too much alternative to going in for the so-called 'Berlin endgame' if he wants to play for an edge. So clearly if White is an attacker who hates the idea of a queen exchange and plays better in tactical positions, the Berlin is a handy option. Second, it's very easy to prepare, and very hard to prepare against. There isn't any theory which Black absolutely has to know, and once Black has a good general idea of what he's trying to achieve in the opening and what he's trying to avoid, he won't do too badly if he knows no theory at all. White, on the other hand, cannot simply learn a line and play it. For one thing Black has a great flexibility in move orders and plans, and for another learning a line isn't enough; you have to know what you're doing, and the Berlin is deceptive; White can be in trouble before he knows it. You only have to look at the many games solid grandmasters lost against it in the 1990s to see how difficult it can be to orientate yourself in the resulting positions if they're not familiar to you. Nowadays they are much more familiar to professionals, but at a lower level it is still common to see White players flailing hopelessly.

So even if you don't want to play the Berlin all the time, it's a very useful shot to have in the locker. There are grandmasters who despite its drawish reputation and the early exchange of queens are happy to play it even against weaker opponents in open events, but even they usually choose their victims with care (juniors are a favourite).

Which brings me on to the main objection players tend to express to the opening; isn't it dull as ditchwater? Drawish as anything?

Well, I hope to convince you chat it isn't dull. Dull is in the eye of the beholder. When I told one British GM and Berlin expert that I was contemplating taking the opening up and writing this book he pursed his lips and looked dubious. 'Its very sharp, you know', he said. Not altogether a compliment, I felt, but a wise observation. It's true that if White wants to get something against the Berlin he often has to do something quickly and surprisingly critical positions can arise quite early. I've certainly enjoyed playing the opening, but it's true that you'd better like playing endgames and be prepared if necessary for a long positional struggle. Its more drawish than the Dragon Sicilian, no doubt about it, but if you want a sound, solid game with Black, then you have to accept that the value of each move is going to be less than in sharper openings, and hence the margin of the draw will be wider.

The Gambit Guide to the Modern Benoni - download book
The project before you, like so many investigations in the chess world, has proven full of surprises. As often happens with authors, I have been
Understanding the Marshall Attack, 2010 - download book
It is a pleasure to introduce my second book for Gambit. The Marshall Attack in the Ruy Lopez is one of the most important openings in all of
700 opening traps, Wall Bill, 2010 - free download
This collection of chess opening traps is aimed at anyone who enjoys short chess games. Some of the games and traps may be absurd, but they have
Starting Out 1 d4, Cox John - download book
White repertoire books are a lot harder than Black ones. With Black the author just ends every line by saying either that Black has 'a solid
Information
Users of Guests are not allowed to comment this publication.