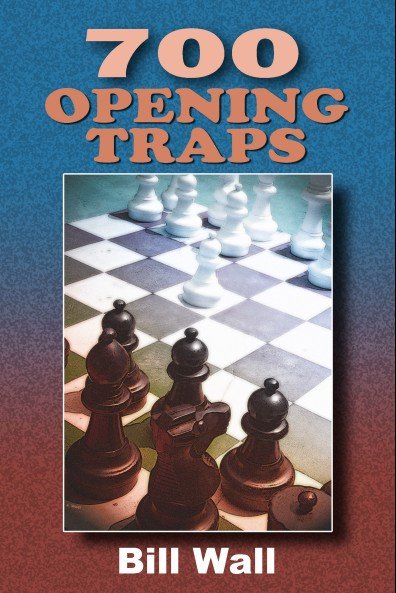 This collection of chess opening traps is aimed at anyone who enjoys short chess games. Some of the games and traps may be absurd, but they have been played by someone. All the games have been derived from practical play, from amateur to Grandmaster level. Opening traps are useful in blitz play, Internet play, and usually with players who do not study opening theory.

And at one time or another, all players, from Grandmaster to novice, have fallen for a chess trap or sprung one on some unsuspecting opponent. I have arranged the material alphabetically by opening name. Opening names have a kind of history behind them, and it is easier to remember a name than some alphanumeric code such as the Encyclopedia of Chess Openings (ECO) naming convention. Find the opening you like and play over some of the short games and traps. Perhaps a few ideas can come of it and you can try a trap at least once against your favorite opponent.

There are thousands of games that have been played that are 10 moves or less. Tere are hundreds of thousands of games that are 25 moves or less. Tese 700 games are short from just a few moves to less than 15 moves. Tis is just a sampling of some of the chess traps that have been played in the game of chess over the past 500 years.

Chess Opening Trap of the Day - download book
Philidor Files: Detailed Coverage Of A Dynamic Opening - free download
In the 18th Century, chess strategy was at its very beginning. Direct attacks against the enemy king were common and romantic players didn't care
A Killer Chess Opening Repertoire (New Enlarged Edition) - download
This book is aimed primarily at club-level players with a playing strength of up to about 2200 Elo (or 200 ECF). When I was a young player at
101 Chess Opening Surprises - free download
Surprise is an extremely powerful weapon in chess and especially in the opening. A player who is surprised in the opening will often lose heart
Information
Users of Guests are not allowed to comment this publication.