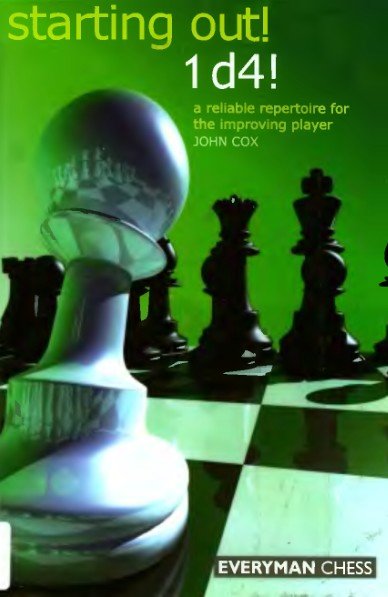 White repertoire books are a lot harder than Black ones. With Black the author just ends every line by saying either that Black has 'a solid position' or that he's got ' counter chances'. If the opening can't provide either of those, then you've really got problems. With White though you're supposed to give some idea that the reader might obtain the advantage, which is a lot trickier.

Historically White repertoire books deal with this problem broadly in two ways, which might be called the honest and the dishonest.

The dishonest are characterized by titles such as 'Play the X and Win'. These usually take some 'system' opening where White's play for the first few moves is always the same (it's all so easy to win when you're White, you see), show a few flashy White wins, ignore any inconvenient Black defences, give only lines leading to an advantage for White, and assure the reader that, let us say, the Colle is a deeply underrated opening and that if they take it up they will live happily ever after and add an immediate 200 points to their Elo rating. It's easy to fall for their charms -1 have a few on my own shelves - but they can broadly be best described as meretricious trash.

An Explosive Chess Opening Repertoire for Black - download book
Our main objective is to give Black a complete repertoire with the opening move 1...d6. The other aim is to provide a more detailed theoretical
An Opening Repertoire for Black - download book
Theory has become too complicated, the volumes too big. It has become very difficult for a club player to choose what is good in such a labyrinth
Attacking with 1.e4, Emms John, 2001 - free download book
This is a book aimed for those who want a opening repertoire based on 1 e4. Moreover, this is an openings book for those who have neither the time
An Unbeatable White Repertoire After 1.e4 e5 2.Nf3 - download book
Our choice of the Three and Four Knights Game is based on the long successful history of these closely related debuts. In each case, White can
Information
Users of Guests are not allowed to comment this publication.