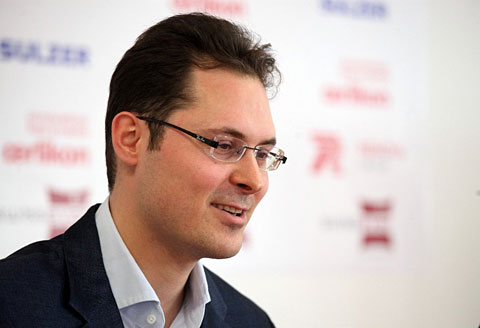 Peter Leko is amazing chess player. He was one of the youngest International Masters in the world. He was entitled the IM at the age of 14. His highest rating was 2763 in 2005.

In 2001 Leko became the third in Dortmund and won the fast chess tournament that was also held in Germany. In 2002, he won the fast chess Grand Prix in Dubai. Ho took the second place in Essen and third place in Monaco. In 2000 Leko was granted the opportunity to participate in the candidates tournament of world championship. He won the candidates tournament in Dortmund. In 2005 Peter Leko played against Kramnik; the score was 7-7 and Kramnik could defend his title.

In 2005 Leko won the Corus Chess tournament and he was fifth at the FIDE world championship in Argentine in 2005. He won the Tal Memorial tournament in 2006. In 2007, in the course of the candidates tournament, he beat Gurevich and Bareev, and passed to the main tournament, where he was the fourth.

Peter Leko won the Chess Olympics in Dresden in 2008. Leko gained a victory over Adams in Chess960. This victory made him the first Chess960 world championship. As there were no qualification tournaments, many people prejudiced such matches.

Peter Leko married Sophia Petrosyan in 2000. He likes football, music, tennis, and bowling. He is one of the best chess players of today. Peter Leko is the expert in playing end games and one can seldom beat him at this stage of the chess game.

Arkadij Naiditsch description of chess achievents
Arkadij Naiditsch took up his residence in Germany and became one of the most popular German Grandmasters in 2001.
Grand Master from Moldova Viorel Bologan
Viorel Bologan is one of the most successful and famous chess players from Molvova.
Alexei Shirov biography
Alexei Shirov is one of the players belonging to the chess elite of today. His best result that he achieved in 1998 is the fourth place on the
Anatoly Karpov the great chess player
Anatoly Karpov was the world champion from 1975 and 1985. His highest ELO rating was 2780. The eminent player is the chess legend; he participated
Information
Users of Guests are not allowed to comment this publication.