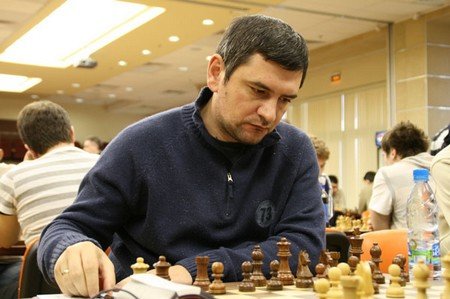 Viorel Bologan is one of the most successful and famous chess players from Molvova. He was born on 14 December 1917 in Kishinev. Bologan Viorel started interesting in this game when he was a kid. He was not only fast decision maker but also had very well developed intuition that helped him understand chess.

However, as it is the case with all chess players with high rating, Bologan had to play against numerous very strong players in the course of national and international tournaments to prove his high level and defend his Grand Master title.

Among his achievements is the victory in Aeroflot Open 2003 tournament with more than 150 Grand Masters participating. In the same year he played against the very highly rated players (Peter Leko, Vladimir Kramnik and Viswanathan Anand) during the Dortmund Sarkassen tournament. His highest rating was 2700.

Many books and DVDs were issued under his name, including "Viorel Bologan: chosen games 1985-2004", "Caro-Kann", "Old Indian defense", "French defense".

Ivan Sokolov's biography and achievements
Ivan Sokolov is very well-known Grand Master who has quite serious results and achievements in his chess career. Today, Ivan Sokolov is treated as
Alexei Shirov biography
Alexei Shirov is one of the players belonging to the chess elite of today. His best result that he achieved in 1998 is the fourth place on the
Alexander Grischuk and his chess life
Alexander Grischuk is one of the best chess players in the world today. He was born on 31 October 1983. At the age 28 he has a lot of
NAKAMURA HIKARU - LIFE AND CHESS VICTORIES
Hikaru Nakamura, the twice USA champion is called H-Bomb for his straight-out style of game. He is considered one of the best players of the
Information
Users of Guests are not allowed to comment this publication.