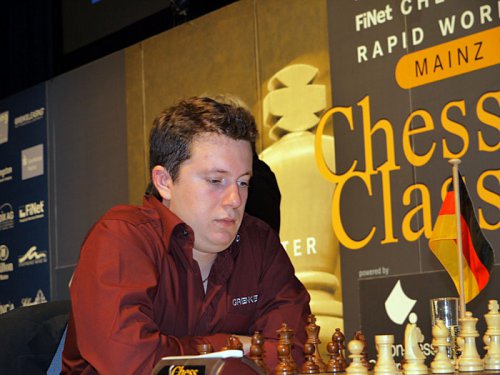 Arkadij Naiditsch took up his residence in Germany and became one of the most popular German Grandmasters in 2001.

In 2002 he attracted the whole world's attention when playing with Jan Timman in Dortmund. His best tournament achievement took place during his brilliant performance in Dortmund in 2005, when he left so many famous players like Peter Leko, Michael Adams, Vladimir Kramnik, Peter Svidler, Veselin Topalov, Ettienne Bacrot and others behind.

Naiditsch won the German championship in Ghert in 2007.

Alexei Shirov biography
Alexei Shirov is one of the players belonging to the chess elite of today. His best result that he achieved in 1998 is the fourth place on the
Alexander Morozevich the chess progress
Alexander Morozevich is one of the first Russian chess players who were there in top 10, since 2006. He is attacking player with natural style of
Grand Master from Moldova Viorel Bologan
Viorel Bologan is one of the most successful and famous chess players from Molvova.
LOEK VAN VELY - HIS CHESS BIOGRAPHY
Loek van Vely was born on 7 October 1972 in Hoechst city of Netherlands. He reached his maximum rating of 2714 in October 2991. Van Vely was the
Information
Users of Guests are not allowed to comment this publication.