NIGEL SHORT - 20 YEARS OF PERFORMANCE FOR THE ENGLAND NATIONAL TEAM 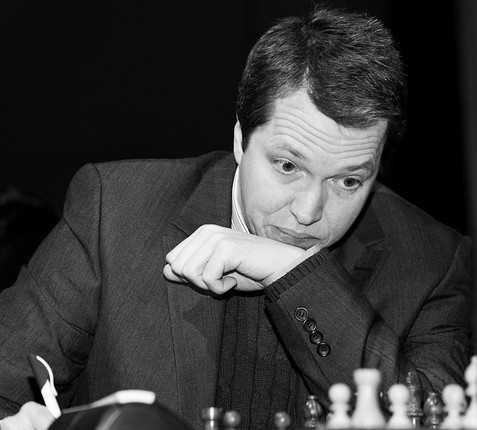 He became the Grand Master at the age of 19. Nigel Short was the child prodigy and the most cognate person in the British chess world. He made the excellent career, and its culmination was at the world champion title match with Gary Kasparov in 1993, at the Savoy theatre in London.

Recently, Nigel showed the excellent performance for the National Team. In August 2009 he reached the best result at the Simpson's in the strand tournament.

Nigel Short's name appeared at the headlines after his sensational victory over Russian Grand Master Viktor Korchnoy. At the age of 14 he won the British championship, and then became the youngest International Master in the country.

Nigel Short the victory over Karpov

The rapid takeoff of his chess career made Short think about playing chess professionally. In 1992 Nigel sensationally beat the legendary Anatoly Karpov in the course of the semi-final match of the candidates tournament. Karpov is considered to be one of the three best players in the history of chess (two others are Kasparov and Fisher) and the victory over one of these three players has no analogues. After that, he beat Jan Timman, the Grand Master and gained the right to play for the world chess crown.

Despite the defeat from Kasparov, Short has a very long list of victories at the international tournament sand has been a member of England National Team for 20 years. His passion to travel and to the game always helped him. In 2011 he shared the first place of the national championship with Adams. Also, in the same year he gained 8.5 scores out of 10 at the Gibraltar Masters; however, his record was later beaten by Vasiliy Ivanchuk (9 of 10).

He is married and has two children. In 1999 he was awarded by MBE for his contribution in chess and wrote a number of articles and reviews for the leading newspapers of Great Britain. Today, Nigel Short is in top 50 chess players of the world. He also found some time to train young talented players, including David Howell who participated in the London Chess Classic tournament.

Anatoly Karpov the great chess player
Anatoly Karpov was the world champion from 1975 and 1985. His highest ELO rating was 2780. The eminent player is the chess legend; he participated
Evgeny Tomaschevsky eminent chess player
The famous Russian Grand Master Evgeny Tomashevsky was born on 1 July 1987.
Magnus Carlsen - chess biography
Magnus Carlsen from Norway is obviously the most discussed chess player in the world. His performance in 2009 was excellent - he won the first
David Howell young chess talent
The youngest Grand Master in Great Britain, David Howell (he is 21) from Sussex, was granted this title at the age of 16. He was the youngest
Information
Users of Guests are not allowed to comment this publication.