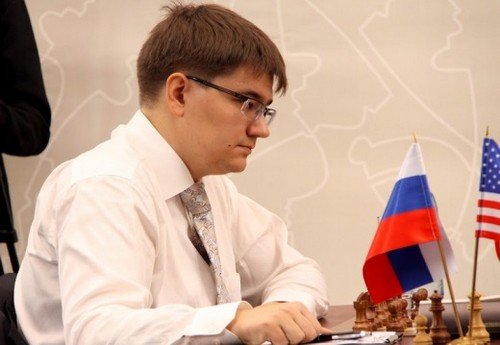 Tomashevsky showed his worth from his early age, when he won many medals in Russia and abroad, and was named the young chess talent of Russia.

In 2009 Tomashevsky won the juniors Europe Championship in Budva (Montenegro) when he was in top 10 of players after 11 tours. His nerves are in very good order. His steadfastness and psychological tenacity helped him gain the victory on tiebreaker. This brilliant success made him the member of the National team. But this was not his last achievement. In 2009 Evgeny Tomashevsky took the second place on the Europe Team Championship (as the member of Russia National Team), and in January 2010 he won the World Team Championship in Turkey.

His friends in the national team call Tomashevsky "Professor" due to his permanently serious appearance, being interested in philosophy, wearing glasses and also because Tomashevsky's father is professor indeed. Tomashevsky has the economical background; he was graduated from the university in Saratov.

Evgeny Tomashevsky got the International Master title at the age of 14 and the Grand Master title at 18. Evgeny likes to play white figures and often wins; however, he shows excellent performance when playing black, as well.

Alexander Morozevich the chess progress
Alexander Morozevich is one of the first Russian chess players who were there in top 10, since 2006. He is attacking player with natural style of
Sergey Karyakin chess child prodigy
Sergey Karyakin was born in Ukraine, but at present time he plays for Russia and in Russia. He is considered to be one of the best chess players and one of
David Howell young chess talent
The youngest Grand Master in Great Britain, David Howell (he is 21) from Sussex, was granted this title at the age of 16. He was the youngest
Levon Aronian Big chess master
Aronian was born on 6 October 1982 in Yerevan. He was taught chess by his sister when he was 10. Levon Aronyan, along with Magnus Carlsen and
Information
Users of Guests are not allowed to comment this publication.