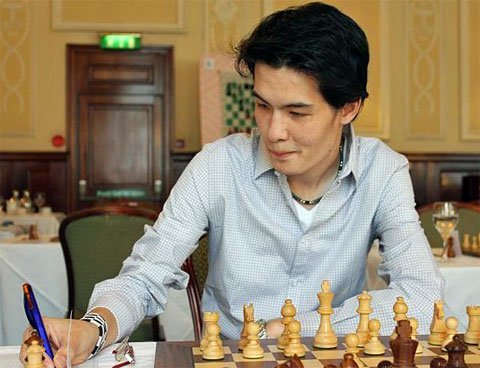 The youngest Grand Master in Great Britain, David Howell (he is 21) from Sussex, was granted this title at the age of 16. He was the youngest player in the world who beat the Grand Master playing for England National Team in 1999 (the beaten one was John Nunn).

David attracted the attention of mass media when he made a draw with Vladimir Kramnik in 2002 and again become the youngest player in the world who played against the world champion.

He was granted the "Best Player of the Year" title by the English Chess Federation four times. In 2008 Howell won the Juniors World Championship and for several years had one of the highest ratings among junior players. In 2009 he won the British Championship with great advantage over the all other players. In the period from 2008 to 2010 he won the Rapidplay Championship three times (including one where he shared the first place with Mark Hebden). In 2008 he won this championship with the striking showings of 11 out of 11; but in 2010 he repeated his own record.

David Howell likes to play football, rugby, squash and ping-pong. At present time David is taking a course of folklore, mythology, and medieval literature of Renaissance in the University of Cardiff.

NIGEL SHORT - 20 YEARS OF PERFORMANCE FOR THE ENGLAND NATIONAL TEAM
He became the Grand Master at the age of 19. Nigel Short was the child prodigy and the most cognate person in the British chess world. He made the
Anatoly Karpov the great chess player
Anatoly Karpov was the world champion from 1975 and 1985. His highest ELO rating was 2780. The eminent player is the chess legend; he participated
David Navara
David Navara, a Grand Master from Prague, was born on 27 March 1985. His world rating on 14 April 2007 was 2720 and this made him the best player
Alexander Morozevich the chess progress
Alexander Morozevich is one of the first Russian chess players who were there in top 10, since 2006. He is attacking player with natural style of
Information
Users of Guests are not allowed to comment this publication.