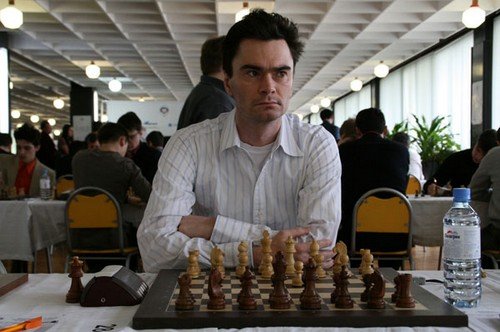 Loek van Vely was born on 7 October 1972 in Hoechst city of Netherlands. He reached his maximum rating of 2714 in October 2991. Van Vely was the champion of Netherlands six times in the period from 2000 to 2005. In 2001 he was in top ten of the strongest chess players of the world.

In 200 Van Vely played the four games' match against the computer. The final score of the match was 2-2. Van Vely won two games and lost two others.

In 2005, Van Veli won the Europe team championship in Hamburg, being the member of Dutch National Team.

Today, his performance is rather weak, if compared to the top ten players. Despite his frequent participations in very prestigious tournaments (like Tata Steel 2013 in Wijk aan Zee and others) he seldom takes prizes. One can say that Van Veli likes to play ties, especially when playing high level games. For example, he lost only two games in the course of 2012 Wijk aan Zee tournament and the rest of the games were ties. He participated in Corus tournament nineteen years in succession. One of the last Van Vely's achievements was the victory in Chicago Open tournament in 2010.

Today, Loek van Vely is on the 65th place of the chess rating list with his rating equal to 2684.

Alexei Shirov biography
Alexei Shirov is one of the players belonging to the chess elite of today. His best result that he achieved in 1998 is the fourth place on the
Anatoly Karpov the great chess player
Anatoly Karpov was the world champion from 1975 and 1985. His highest ELO rating was 2780. The eminent player is the chess legend; he participated
NAKAMURA HIKARU - LIFE AND CHESS VICTORIES
Hikaru Nakamura, the twice USA champion is called H-Bomb for his straight-out style of game. He is considered one of the best players of the
Levon Aronian Big chess master
Aronian was born on 6 October 1982 in Yerevan. He was taught chess by his sister when he was 10. Levon Aronyan, along with Magnus Carlsen and
Information
Users of Guests are not allowed to comment this publication.