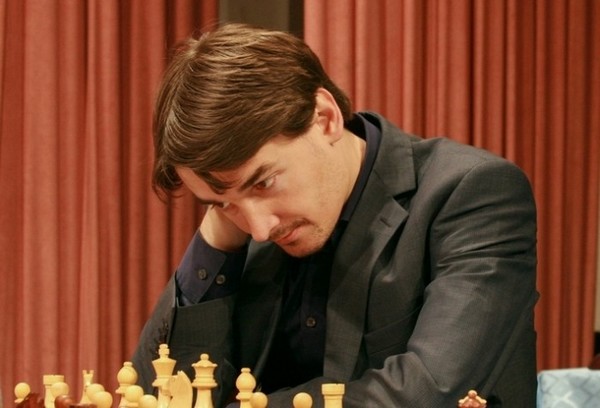 Alexander Morozevich is one of the first Russian chess players who were there in top 10, since 2006. He is attacking player with natural style of game. He plays very sharp debuts such as Albin's countergambit and Chigorin's defence. He seldom plays for a tie because of his attacking style. He is also one of the world best blind chess players. His best rating was 2788.

In 1994 the 14-year-old Morozevich attracted everyone's attention when he won the Lloyds Bank tournament in London gaining 9.5 scores out of 10. In 1997 Morozevich played his first FIDE world championship but only could reach the second round. In 1998 Morozevich won his first Russian championship and in same year he won the tournament in Sarajevo as well as the Pamplona tournament. Then he won the Sarajevo tournament again in 1999 and 2008. He was the member of the Russian National Team that won the golden medals at the Chess Olympics in 1998, 2000 and 2002.

In 2001 and 2002 Morozevich reached the fourth round of the FIDE world championship. In 2002 Morozevich helped his National Team to get the bronze medal at the Chess Olympics. In 2002 he won the Melody Amber Blindfold fast chess tournament. In 2003 he was thesecond at the Russian championship after Peter Svidler and in 2003, 2005, and 2007 he shared the second place at the Amber Melody tournament. He assisted his National Team in winning the golden medals of the European Team championship in 2003 and 2007, and the silver medals in 2004.

Alexander Sergeevich Morozevich won the Biel International Chess tournament three times. Then, in 2005 he won the golden medals again, as the member of Russian National Team. In 2005 he was fourth at the FIDE world championship. He won the Pamplona tournament in 2006.

In 2007 Morozevich won the Russian chess championship the second time, and in the course of the championship he beat Kramnik. Nevertheless, he could finish only at the sixth place. In 2008 he became the winner of the Bosna tournament.

Alexei Shirov biography
Alexei Shirov is one of the players belonging to the chess elite of today. His best result that he achieved in 1998 is the fourth place on the
David Navara
David Navara, a Grand Master from Prague, was born on 27 March 1985. His world rating on 14 April 2007 was 2720 and this made him the best player
Anatoly Karpov the great chess player
Anatoly Karpov was the world champion from 1975 and 1985. His highest ELO rating was 2780. The eminent player is the chess legend; he participated
NIGEL SHORT - 20 YEARS OF PERFORMANCE FOR THE ENGLAND NATIONAL TEAM
He became the Grand Master at the age of 19. Nigel Short was the child prodigy and the most cognate person in the British chess world. He made the
Information
Users of Guests are not allowed to comment this publication.