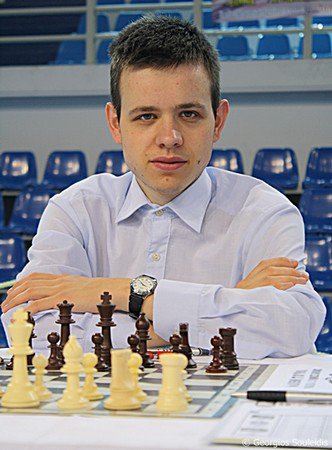 Navara's trainers were Vlastimil Jansa and Ludek Pachman. David Navar built is chess career very fast. He wan a number of world medals in the junior category. In 2001, soon after he got 16, he won 7 out of 9 team championships, and one year after he became the Grand Master, just three days prior to becoming 17 years old.

He participated in the World Cup in 2005 but was beaten by Predrag Nikolic in the first round.

David Navara succeeded a lot during the 37th chess Olympics in 2006 he gained 8.5 scores out of 12 playing against the world class players.

David Navara participated in the World Cup in November 2007by beating Ivanov (USA) in the first round, but was beaten by Rublevski on tiebreaker in the second round.

He was invited to the Wijk aan Zee in 2007 and substitute Alexander Morozevich. He was called Navar Express and has the result of 50%, namely 6.5 scores out of 13.

Today, David Navara is studying in the Logic at the Charles University in Prague.

David Howell young chess talent
The youngest Grand Master in Great Britain, David Howell (he is 21) from Sussex, was granted this title at the age of 16. He was the youngest
NIGEL SHORT - 20 YEARS OF PERFORMANCE FOR THE ENGLAND NATIONAL TEAM
He became the Grand Master at the age of 19. Nigel Short was the child prodigy and the most cognate person in the British chess world. He made the
Alexander Morozevich the chess progress
Alexander Morozevich is one of the first Russian chess players who were there in top 10, since 2006. He is attacking player with natural style of
Anatoly Karpov the great chess player
Anatoly Karpov was the world champion from 1975 and 1985. His highest ELO rating was 2780. The eminent player is the chess legend; he participated
Information
Users of Guests are not allowed to comment this publication.