ChessOK » Chess news » Shakhriyar Mammadyarov is out of the Europe Championship

Shakhriyar Mammadyarov is out of the Europe Championship 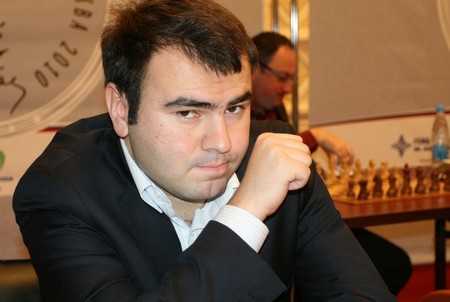 Shakhriyar Mammadyarov has applied to the referees' board with the refusal to further participation in the Europe Championship 2012. The first 6 games Shakhriyar has drawn although in many of them he dominated but could not end up with the victory. But the worst was yet to come. Mammadyarov was late for the 7th tour and deserved the technical loss. According to the player's words, the reason for being late was the simple oversleep. Shakhriyar's friend used to call him in the mornings to wake him up and Mammadyarov did not use the alarm clock fully relying on the friend's call

But what happened later? He started preparing in a hurry and was late for only 10 seconds (as he said himself); when he entered the hall, he saw someone doing the first move and did not even start playing but proceeded directly to the referees. Shakhriyar himself has no objection to the technical loss. He cited an example of the Football Champions League where any delay is impossible. But, he passed an opinion that the warning would be enough for the first time and the technical loss could be fair for any future delays.

But the Azerbaijani Grand Master's troubles were not over. Today the technical loss was imposed on him and on Alonso Rossel for the prematurely drawn game (before 40th move). Yes, the tournament was not that fortunate for Shakhriyar but he hopes his future performance will be better.