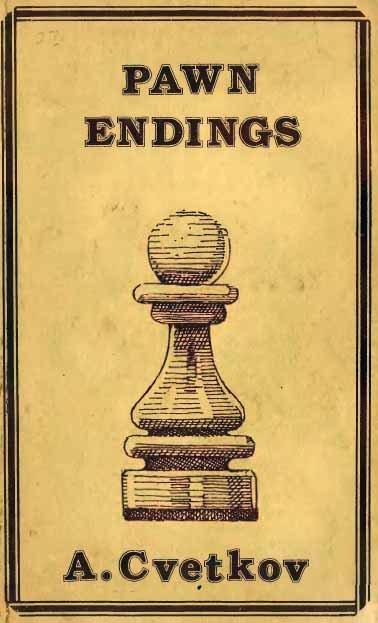 Not every game lasts until the endgame; but even in the heat of the chess struggle, you have to think about it. Thus, for example, even in the opening you undertake operations based on the consequences of doubled, isolated, blockaded or passed pawns, strong or weak pieces - bishops, knights, etc. The prospect of a favorable endgame or fear of a poor one often leads us willy-nilly in the opening or middlegame to select or to abandon continuations which will decisively influence the outcome of the game. An opponent who is dissatisfied with his endgame prospects may be induced to balance on not-quite-correct complications, or to allow significant positional or material concessions. Thus, thoughts of the endgame we foresee and unfavorable possibilities we anticipate have a bearing on the course of the struggle.

The endgame has its own characteristics, which distinguish it from either opening or middlegame. Foremost among these is the increased importance of the king's role. No longer does this piece need the continual protection of its pieces: now it can participate actively in the struggle. In fact, in many cases it is precisely the active position of the king that determines the outcome of the struggle.

Endgame Virtuoso, Smyslov - download book
Many chess games conclude in the endgame, and from ancient times this stage of the game has been analysed. There are monographs and reference
Pandolfini's Endgame Course - download
The examples in Pandolfini's Endgame Course are arranged in three major sections. Part One, called Pieces in Action, deals with basic mates and
How To Win In The Chess Endings - download book
The end game, moreover, contains basic positions akin to the axioms of mathematics. To know these positions is to acquire a storehouse of
Mastering the Endgame, Volume 1, 2 - download book
An excerpt from the first chapter of the book    Dark-square strategy is mainly represented by Indian (i.e. King's Indian and Benoni)
Information
Users of Guests are not allowed to comment this publication.