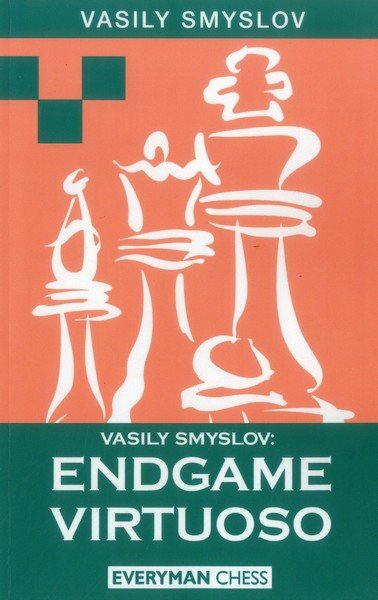 Many chess games conclude in the endgame, and from ancient times this stage of the game has been analysed. There are monographs and reference books dedicated to the endgame, where a study is made of theoretical positions, a knowledge of which can assist the chess player.

The endgame has its specifc features. In the middlegame the king hides from the attacks of the enemy pieces, but in the endgame it participates actively in the play. The role of passed pawns increases. The small number pieces on the board creates an illusion of simplicity, but positions that appear simple ofen conceal deep and beautiful possibilities.

In the practical endgame there remains broad scope for creativity, despite all the theoretical analysis. Skill in endgame play demands precise calculation and rich imagination.

I have always enjoyed playing endings and have never avoided going into an endgame, if the logic of the struggle demanded it.

This book includes 122 endings from my career, and 40 games played in international competitions and in my own country. In the illustrative games the reader can trace the connection between the opening, the middlegame and the endgame. A few studies composed by me are also given.
Vasily Smyslov
Author: Smyslov Vasily
Title: "Endgame Virtuoso"
Released: 2003
Format: rar/pdf
Quality: good
Number of pages: 177
Size: 20 Mb

Pandolfini's Endgame Course - download
The examples in Pandolfini's Endgame Course are arranged in three major sections. Part One, called Pieces in Action, deals with basic mates and
Pawn Endings, Cvetkov Alexander - download book
Not every game lasts until the endgame; but even in the heat of the chess struggle, you have to think about it. Thus, for example, even in the
Practical Rook Endings, Viktor Korchnoi - download book
It is said that I play the endgame very well, and that it is due to my outstanding technique thai I have managed to win so many tournaments and
Practical Endgame Play Beyond the Basics - download book
Very interesting book, which revealed all sorts of ways to reach the end and wins in these endings. First of all, this book will be useful for
Information
Users of Guests are not allowed to comment this publication.