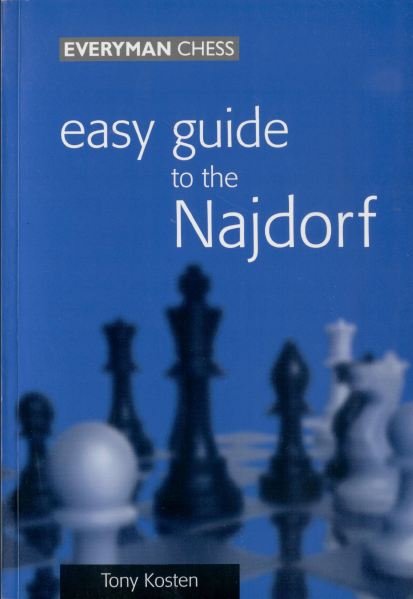 The 'Najdorf' was originally played by Karel Opocensky and other Czech masters, and was taken up by Moishe Mieczslaw (later Miguel) Najdorf in the late 1940s, and, because of his successes, the opening took his name. The idea of this little move 5...a6 is to control the b5-square, so that Black might be able to play ...e5, driving away the advanced white knight on d4 and gaining greater central influence, much as in the Boleslavsky Sicilian. The immediate 5...e5 is possible, but after 6 Bb5+ Bd7 7 Bxd7+ Qxd7 the move 8 Nf5 is strong. Therefore, in the Najdorf, by avoiding the exchange of light-squared bishops, Black maintains control of his light squares, in particular f5 and d5.

Other strong players soon recognized the strength of this variation, and it quickly became one of Black's most fashionable defences. During the 1960s it was popularized by Fischer, and nowadays it is possibly the most fashionable 'defence' to 1 e4 at the highest level, being played by Gelfand, Anand, Shirov, Topalov, Ivanchuk, Svidler, amongst others.

Strategic Ideas
Without going into great detail here, specific strategic ideas are often limited to a particular type of position, and in modern chess less is made of general rules and more of the concrete appraisal of each position's peculiarities. In other words, you will have to learn your theory! Nonetheless there are themes that run throughout the book.

Mastering the Najdorf - download book
Out of all the defences Black employs against 1 e4, the Najdorf Sicilian is probably the most studied, and has the highest reputation. The 5...a6
Understanding the Grunfeld - download book
Most strong players agree that at least some control over the centre (in most cases they refer to the four squares in the middle) is a
The Fabulous Budapest Gambit: Much More Than Just a Sharp - download book
What does White play against the Budapest Gambit?    The key move in the modern BG is White's 4th, when he determines his opening
Sicilian - Classical Richter-Rauzer - download book
The Classical Variation of the Richter - Rauzer fades in and out of fashion, but its unique combination of solid structure and aggressive
Information
Users of Guests are not allowed to comment this publication.