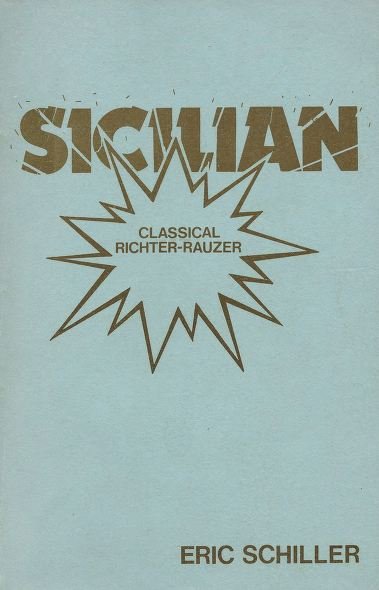 The Classical Variation of the Richter - Rauzer fades in and out of fashion, but its unique combination of solid structure and aggressive queenside play inusres that it will never disappear completely from the tournament scene. In fact, it is now employed on a regular basis by a number of the world's best players, and is a favourite among opening theoreticians since there is great scope for originality within the confines of a clearly defined strategy, and a good sense of timing (or thorough preparation) is needed. Black plays in accordance with classical principles. He attends to his development, places his king in a secure position, and then launches his counterattack, either in the centre with e6-e5 or on the queenside with b7-b5, sometimes, but not always, supported by a7-a6. As Fine noted "the main defensive idea is to concentrate on the attack." His major weakness is the pawn at d6, but as we shall see this pawn can almost always be sacrificed for sufficient compensation, because White must invest a considerable amount of time in attacking it, and usualy must give up his powerful Bg5 for the Nf6, conceding the bishop pair which can be a powerful influence in the middlegame and endgame. Indeed, endgames are characteristic of the Classical Richter Rauzer. Often a pawn structure arises where Black has h,g,f, and e-pawns against h, g, and e-pawns on the kingside, with White enjoying a straightforward 3-2 queenside majority. With rooks on the board Black can often hold up the advance of the queenside pawns while targeting the weak isolated pawn at e5, but if White can successfully advance on the queenside he will reach the queening square first. If the players are of equal strength, Black will have the advantage of having played such positions more frequently. Experience is very important in these complicated endings. With regard to the question of timing, center stage is occupied by the e-and h-pawns. It is very difficult to generalize about the wisdom of an early h7-h6. In tthis volume it is recommended where appropriate, and omitted where it would be a poor choice. The move e6-e5 is advisable if it is necessary to prevent e4-e5 by White, or if the position of the Black pieces is sufficiently strong to allow the endgame structure mentioned above.

Mastering the Sicilian - download book
An excerpt from the first chapter of the book.    The Scheveningen pawn structure (where Black plays ...e6 and ...d6, typically with
French Defence: Steinitz, Classical and Other Systems - download book
Everything in this world comes to an end in due course, and the lime has now arrived for writing the fourth and final volume in this series on
The Ideas Behind the Chess Openings, Fine Reuben - download book
It is a pleasure to present this Third Edition of The Ideas Behind the Chess Openings.    For this edition, I have re-examined all the
Trends in Catalan, Colin McNab - download book
In the Catalan Opening White's underlying theme is to exert pressure on Black's centre and queenside by the fianchetto of his king's bishop.
Information
Users of Guests are not allowed to comment this publication.