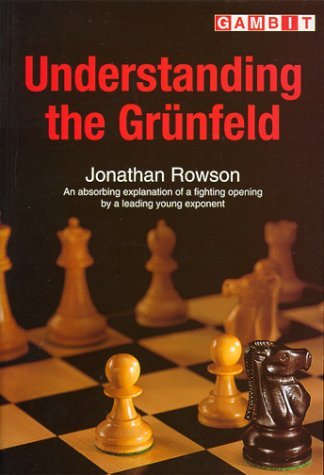 Most strong players agree that at least some control over the centre (in most cases they refer to the four squares in the middle) is a pre-requisite for controlling the course of the game. To my mind this is best understood through the realization that almost all the pieces tend to have more scope near the centre of the board. In general we could say that the closer a piece is to the centre, the more effective it is likely to be. Indeed, if your pawns occupy the centre, a principal benefit of this may be that it is difficult for your opponent to develop his pieces on central squares for fear of harassment by your fool soldiers.

Furthermore, controlling the centre is likely to mean that your pieces are flexibly placed for action on either side of the board, whereas dominance on only one side may leave you weakened elsewhere. A particular advantage of having a strong pawn-centre is that it acts as a certain amount of 'cover' to prevent the opponent quickly infiltrating your position. This allows the side with the central pawn predominance to consider starting an attack against the king at any moment. However, I can assure you that such attacks only tend to succeed if the centre is secure. In most Griinfeld positions, if Black plays well, the centre will be an area of considerable tension, and under such conditions White's forces are likely to be fully occupied and will derive nothing but pain from excessive distraction on the flanks.

Sicilian - Classical Richter-Rauzer - download book
The Classical Variation of the Richter - Rauzer fades in and out of fashion, but its unique combination of solid structure and aggressive
Beating The Open Games - download book
The opening moves 1.e4 e5 are as old as the game of chess itself but they have lost none of their relevance in the era of the information
Queen's Gambit Declined - download book
1 d4 d5   White's aim was to follow 1 d4 with 2 e4, establishing a double pawn centre. With 1...d5, Black prevents White from achieving
The Caro-Kann, Lars Schandorff - download book
The Classical Caro-Kann and, some will say, the real Caro-Kann. Black voluntarily gives up his centre with 3...dxe4 to later bring out his
Information
Users of Guests are not allowed to comment this publication.