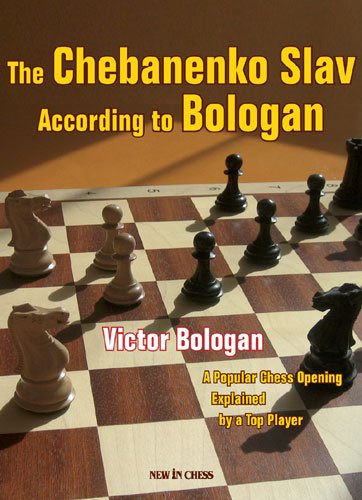 This book is dedicated to Vyacheslav Andreevich Chebanenko, the patriarch of Moldovan chess, and my trainer and teacher.
In working on this book, I was greatly assisted by my long-time friends and colleagues, IM Vladimir Barsky (editor) and GM Victor Komliakov (consultant), to whom I offer my warmest regards and heartfeltgratitude.Without them, I could not even have begun work.

Doctor Chebanenko's Philosopher's Stone
It was all a long time ago. Back in the days when people wrote letters to each other on paper, and a telephone in one's apartment was regarded as a luxury, when a simple electronic calculator took up most of my father's office, and bigger mainframe computers occupied whole floors in the Moldavian Soviet Republic's 'Gosplan* planning institute; back in the days when Fritz was still just a glint in Frederic Friedel's eye, and Mikhail Moiseevich Borvinnik was still struggling with the problem of constructing artificial intelligence.

Back in those days, people, chess players included, used to use their own heads to think.

One used to sit down before a game and decide- OK, if he plays this, I will choose that plan; if he does this, I'll follow that well-known game, and if he does anything else, I'll just work something out over the board. That was all the preparation one did That is assuming one was a professional, and analysed other people's games, and studied good books - if you were a complete lazybones, then better not to play chess at all! But we liked to play! It is not only a question of enjoying the process itself, but also, if things go well, there are material rewards a stipend from the state, foreign travel, dining coupons, lectures, simuls...

OK, you win, said the maestro of Moldavian chess, Vyacheslav Andreevich Chebanenko, stretching himself out on his sofa. I'll show you something. It is time to introduce the Doctor, as Vyacheslav Andreevich was called by the older generation of his pupils. Not only did he come up with a miraculous solution to all the problems of the idle chess players of Moldavia, by creating for them a unique opening repertoire, contained within a couple of exercise books. He also managed to interest the whole chess world in his ideas, even such grandiose figures as Tigran Petrosian and Garry Kasparov.

In order to avoid the inaccuracies that are inevitable when re-telling a story, I will let you hear it 'from the horse s moudi' as it were, in the words of the 1 3di World Champion himself.

The ...a6 Slav - The Dynamic Lines with an Early ...a6, Flear Glenn, 2003 - download book
Over the last few years interest in the a6-Slav has grown exponentially.    It is amazing that traditional openings are losing their
The Chigorin Defence According to Morozevich - download book
In September 1992 I was studying Chigorin's play, and I liked in particular those games in which Mikhail Ivanovich employed his patent defence
Back to Basics: Openings - download book
A Ferocious Opening Repertoire - download book
This book is really the result of a happy accident. I had just finished my first book for Everyman Chess on the London System, when lohn Emms
Information
Users of Guests are not allowed to comment this publication.