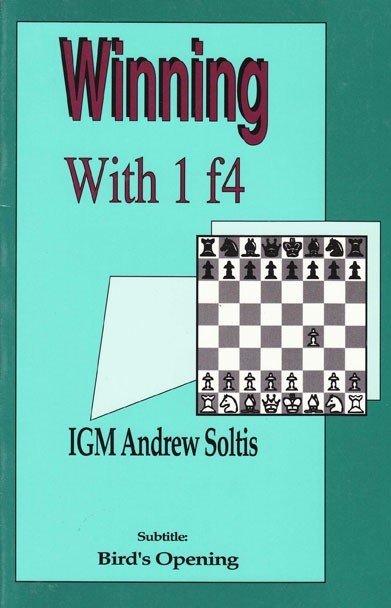 For most of the 20th century the Dutch Defense was considered a form of "giving positional odds." It had a terrible reputation. But in the late 1980s its fortunes rose. The Dutch became mildly popular in grandmaster chess and all the "book refutations" of it turned out to be filled with holes.

Yet the mirror image of the Dutch Bird's Opening has enjoyed no such rehabilitation. And you have to wonder why. There has never been a convincing plan of development for Black that solves all of his problems after 1 f4.

Part of the reason for the Bird's lack of popularity is that few masters have been willing to play the opening the way Henry Bird did. Instead, they employ some sort of modern, strategic plan involving the fianchetto of White's KB and/or an attack on the center with the help of his c-pawn. In this strategy, White usually plays his QN to d2, after d2-d4, and leaves his QB at home until the middlegame.

Bird, however, had many successes with an older, and simpler, plan. He fianchettoed the other bishop, with b2-b3 and Bb2, and then used his KB more aggressively, posting it at b5 (in order to secure control of e5), or at d3, where it takes aim at the key kingside point h7.

We will return Bird's Opening to the Henry Bird strategy in the following chapters.

Bird's Opening - download book
Bird's Opening, 1 f4, has been played since the 17th century, and quite possibly earlier. The following quick blow-out is the earliest game I can
Dutch Stonewall - download book
Unlike some systems against 1 d4, the Stonewall is not an invention of recent times, or even this century. It is interesting that in his book
The Extreme Caro-Kann: Attacking Black with 3.f3 - download book
For more than a hundred years, the Caro-Kann Defence has had the reputation of being solid, reliable... but a bit boring. This was expressed best
The Fabulous Budapest Gambit: Much More Than Just a Sharp - download book
What does White play against the Budapest Gambit?    The key move in the modern BG is White's 4th, when he determines his opening
Information
Users of Guests are not allowed to comment this publication.