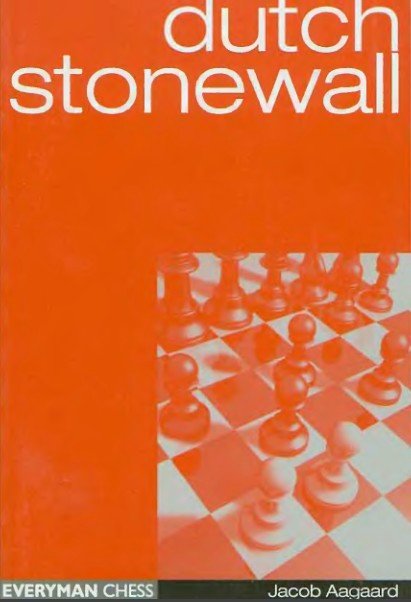 Unlike some systems against 1 d4, the Stonewall is not an invention of recent times, or even this century. It is interesting that in his book about the middle-game from 1964 Euwe classifies the Stonewall as a sub-variation of the Queen's Gambit, rather than the Dutch Defence. The Stonewall has been played by a number of the great players, past and present - even in World Championship matches. Among the famous names using this set-up at some time during their careers are greats such as Tarrasch, Alekhine, Botvinnik, Bronstein, Smyslov, Larsen, Korchnoi and TaL. In more recent times it has been the standard defence of such players such as Bareev, Spassky, Yusupov, Short, Nikolic, Lautier, Agdestein and, for a short period, Vladimir Kramnik.

Originally the Stonewall was known mainly for offering Black good attacking prospects, but after White found ways to deal with these attacks attention turned to the more positional aspects, thus contributing to the modern Stonewalls solid reputation.

In this section we will follow the course of the Stonewall in chess history. For convenience I have placed the beginning of the modern era at around 1960.

The first game - selected for its charm as much as strategy - is from what I would call the pre-historic period of chess.

Dealing with d4 Deviations: Fighting the Trompowsky, Torre, Blackmar-Diemer, Stonewall, Colle and Other Problem Openings
This is a relatively new book. It will be useful for those who want to explore unconventional answers after 1. d4-d5
Beating the French, Lane Gary - download book
The surge of popularity in the Advance French during recent years has seen it become one of the most challenging openings available. The question
The King's Gambit - download book
The King's Gambit is one of the most ancient openings and an opening which leads to a sharp struggle from the very first moves.
Information
Users of Guests are not allowed to comment this publication.