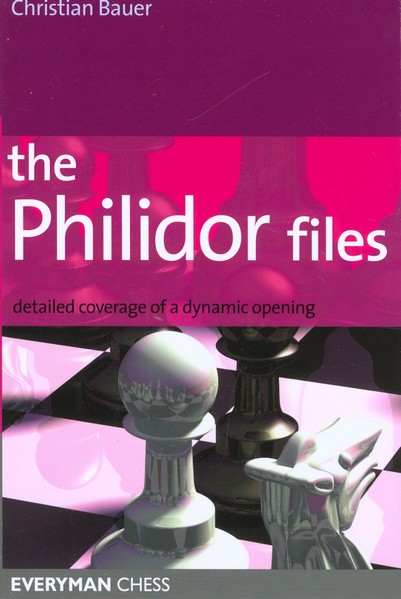 In the 18th Century, chess strategy was at its very beginning. Direct attacks against the enemy king were common and romantic players didn't care about material, particularly about little pawns. The Italian school, whose most famous names are Ponziani and Lolli, excelled in this ultra-sharp style.

At that time, the young Andre Danican, known as Philidor, regularly played chess at the Cafe de la Regence, building his reputation around Paris. He soon became an established figure worldwide and, when around 1750 he exposed his new ideas, he provoked a real chess revolution.

The proverb we remember from him, "Pawns are the soul of chess", reflects exactly his way of thinking: never neglect the positioning of the infantrymen and never sacrifice them rashly. In other words, a game can be valued on the basis of the pawn structure, and if this is unhealthy, the whole position can suffer.

We can recognize PhiIidor's principles in the defence named after him. At first sight this opening looks passive, but in fact it's very flexible and it can offer several different pawn structures. Unlike openings such as the Petroff, the Caro-Kann or the Scandinavian, the pawn structure is not set in stone from the beginning; it's potentially changeable. Therefore, it's important to study carefully these different structures which influence the rest of the game.

The Philidor Defence has a extensive history, but for a long time it fell into a period of obsolescence, supplanted by the numerous lines of the Spanish Opening which, in theory, promise more chances for Black to level the game.

Nevertheless, it is a solid opening rich in ideas. Maybe this is the reason why the Philidor has enjoyed a revival in recent years, being used notably by great names such as Azmaiparashvili, Beliavsky, Nisipeanu and Hamdouchi - the final Grandmaster even reaching a winning position against Shirov!

The King's Gambit - download book
The King's Gambit is one of the most ancient openings and an opening which leads to a sharp struggle from the very first moves.
The Dynamic Reti, 2004, Nigel Davies - free download book
The fictional Grandmaster depicted by Nabokov is not the only one to have had trouble with flank openings. When Richard Reti launched his secret
Sicilian - Classical Richter-Rauzer - download book
The Classical Variation of the Richter - Rauzer fades in and out of fashion, but its unique combination of solid structure and aggressive
Attacking with 1 d4, Dunnington - free download book
It is significant that a definition of 'attack' is as follows: 'to take the initiative in a game'. I had this in mind when selecting the opening
Information
Users of Guests are not allowed to comment this publication.