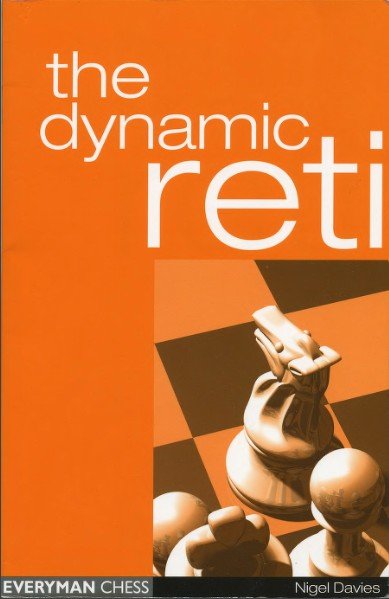 The fictional Grandmaster depicted by Nabokov is not the only one to have had trouble with flank openings. When Richard Reti launched his secret weapon on the classicists of the 1920s it caused widespread devastation, the pinnacle being his defeat of Capablanca in New York 1924. The players of that time were used to more direct chess in which the centre was occupied with pawns; when they did this against Reti they played straight into his hands.

Eighty years on the Reti Opening no longer has the same surprise effect and the top players counter it much better than they used to. Even so there are many leading Grandmasters who have specialized in flank openings such as the Reti and English because they like the positions.

What kind of player should use the Reti? My own interpretation, as presented in this book, will tend to suit active positional players who want to avoid main line theory and drawish simplification. White often gets the initiative on the queenside but the fact that his kingside pawns are kept intact will mean that he maintains a reasonably safe king. In some variations I have recommended that White sacrifices a pawn, so if this really bothers you I suggest a quieter approach than my line against the Slav set-up (Chapter 3) or the Pirc and Modern Defences as analysed in Chapter 9. Apart from that most of the lines are quite solid and even players with a nervous disposition should find them acceptable.

The ...a6 Slav - The Dynamic Lines with an Early ...a6, Flear Glenn, 2003 - download book
Over the last few years interest in the a6-Slav has grown exponentially.    It is amazing that traditional openings are losing their
How to Play the English Opening - download chess book
The English Opening is without doubt one of the most misunderstood of all chess openings. The move I c4 conjures up a variety of different
101 Chess Opening Surprises - free download
Surprise is an extremely powerful weapon in chess and especially in the opening. A player who is surprised in the opening will often lose heart
Philidor Files: Detailed Coverage Of A Dynamic Opening - free download
In the 18th Century, chess strategy was at its very beginning. Direct attacks against the enemy king were common and romantic players didn't care
Information
Users of Guests are not allowed to comment this publication.