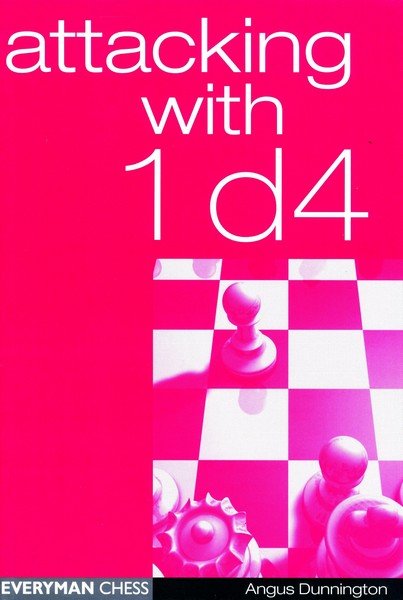 It is significant that a definition of 'attack' is as follows: 'to take the initiative in a game'. I had this in mind when selecting the opening systems recommended in these pages, because the very nature of 1 d4 openings is such that the kingside is by no means the only sector of the board in which either side is able to engineer attacking prospects. It is a common misconception - usually with young players - that to attack is to pressure only the opponent's king (or the king's defences), but a weakness is a weakness, and by concentrating on this or that vulnerable square or pawn in the enemy camp it is possible to win a game.

Nevertheless, you will notice anyway that throughout the book the lines tend to be quite aggressive, mostly with an emphasis on space, fluid development, inducing weaknesses in the enemy camp, generating an initiative etc. Above all, however, it is important that a system is sound and that specific plans and features are relatively easy to understand.

In order to facilitate familiarisation with major characteristics (structures, areas of attack etc.) several of the systems involve similar plans from White, and I have deliberately chosen variations that require certain moves (and move orders) to be employed. Additionally, for the sake of convenience, and to avoid confusion, I have altered the move orders of several games.

Chess Explained: The Nimzo-Indian - download book
When Black uses the Nimzo-Indian it is very rare for him to fall behind in development, so that he is almost never overwhelmed by a lightning
Sicilian - Classical Richter-Rauzer - download book
The Classical Variation of the Richter - Rauzer fades in and out of fashion, but its unique combination of solid structure and aggressive
The King's Gambit - download book
The King's Gambit is one of the most ancient openings and an opening which leads to a sharp struggle from the very first moves.
A Killer Chess Opening Repertoire (New Enlarged Edition) - download
This book is aimed primarily at club-level players with a playing strength of up to about 2200 Elo (or 200 ECF). When I was a young player at
Information
Users of Guests are not allowed to comment this publication.