ChessOK » books » The King in Jeopardy: The Best Techniques for Attack and Defense

The King in Jeopardy: The Best Techniques for Attack and Defense 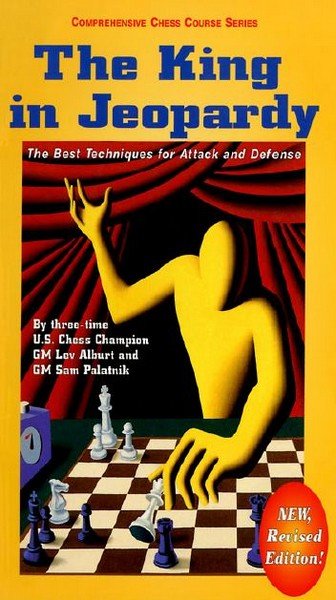 Every chess player, even one who has just taken his first steps in chess, becomes very inspired when he has a chance to make threats directly against the opponent's king. Sometimes even the opportunity simply to make a move that gives check brings joy to the beginner! This reaction is easy to understand, since the goal of the game is to checkmate the king.

When threats to the enemy king are created, sharp positions often occur. Sometimes these positions are full of chances to play beautiful combinations one of the major reasons players are attracted to chess.

Problems connected with making an attack on the king necessarily occupy an important place in the theory of the middlegame. It is important for players of all strengths to be able to storm the opponent's king effectively, and this is the subject of our book.

Because the attack on the king often involves various kinds of typical combinations and sacrifices.

Among the many factors that go into evaluating any position, the relative positions of the kings are among the most important. By analyzing numerous examples, we will determine the important characteristics of each major category of positions, and we will also explain typical plans and methods for attack and defense.

Because chess skill is gained primarily through repetition, we have included sets of exercises at the end of each major section of the book. We strongly encourage our readers to work through these exercises with a chess set. taking notes and reaching a general conclusion about each position before going on to the solutions page. At first the exercises may present quite a challenge, but the reader will soon notice an improvement in spotting the correct line of play, as well as in his or her overall thinking style. Time spent on the exercises (and the examples in the text) will soon translate into better understanding during one's own tournament games, and into better results.

Our discussion is intended to be of direct practical benefit. Along the way we will make generalizations and conclusions, all of which are intended to give the readers the necessary experience and knowledge to allow them to navigate the choppy waters of tournament play. Our hope is that where our readers were formerly uncertain or hesitant, they will come to believe in their ability to attack as well as to defend. We hope that our readers, once armed with these new skills, will then use their creative potential to greater effect in the future.

The King's Gambit - download book
The King's Gambit is one of the most ancient openings and an opening which leads to a sharp struggle from the very first moves.
Mating the Castled King - download book
Right from when we first start to play chess, we are taught quick knock-out ways of checkmating our opponent's king. We quickly learn Scholar's
Attacking with 1 d4, Dunnington - free download book
It is significant that a definition of 'attack' is as follows: 'to take the initiative in a game'. I had this in mind when selecting the opening
The Art of Positional Play - download book
When a beginner plays P-K4 on his first move he is already playing positionally (although he may not be aware of it): he has begun to occupy and
Information
Users of Guests are not allowed to comment this publication.