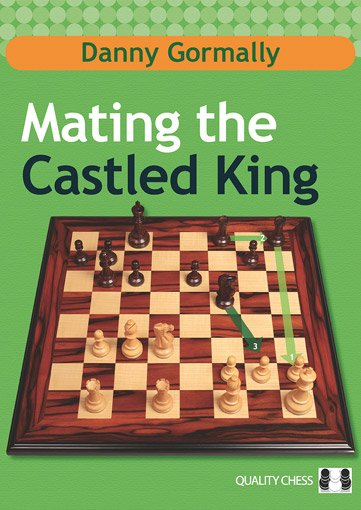 Right from when we first start to play chess, we are taught quick knock-out ways of checkmating our opponent's king. We quickly learn Scholar's mate and other speedy methods of scoring an easy win. At that point, the more difficult and sophisticated job of trying to break down a castled king is only a vague outline in our mind. Eventually we develop various slapdash methods of attacking the king that has fled to safety. However, it seems to me that the topic of attacking the castled king is poorly represented in chess literature, and as a consequence, very few of us are true masters of this tricky subject.

While writing this book, it occurred to me that attacking the castled king can be broken down into three different methods:

A blitzkrieg attack. This is the kind of attack that comes out of nothing. A good example of this is when a hook can be attacked with Bxh6, which we will look at in detail in this book. From seemingly little danger, the enemy king comes under a terrible assault.

Playing directly for the attack. Typically White (though sometimes Black, of course) plays for an attack right from the opening. Pawn storm in the Sicilian are typical of this, or the Qe1-h4 method of trying to breakdown a kingside fianchetto. In this book we'll examine many examples of this type of attack.

The attack is an indirect consequence of the previous play. This type of attack tends to arise as a consequence of general play, and is the most common. Only once we have achieved strategic dominance do we launch an assault. Karpov was a master of this, only choosing to attack when everything was in his favour.

I learned a lot from writing this book. I've always been a very intuitive player rather than having a great mastery of the theory of the game. As I consider myself a natural attacking player, I was surprised during the process of writing this book to discover how little I knew about the specifics of attacking a castled king. It seems to me that we spend more time studying the finer points of the game, like positional strategy and pawn structures, and forget about what really wins the game mating the guy's king.

I think it's a common misconception that when you become a grandmaster, all the secrets of chess knowledge are revealed to you. Like some secret freemasons' ceremony, where as well as learning about the shape-shifting lizards who control the world government and who faked the moon landings, you also learn about the deep mysteries of chess strategy. Sadly it isn't true, and like everyone else I have to work at it. (Certainly writing this book helped immensely in that regard.) A chess brain is like a muscle which has to be continually exercised. I've tried to emphasize throughout this book how important it is to keep looking at lots of chess puzzles in magazines, etc. Chess is all about pattern recognition, it's all about knowing past situations and putting that knowledge into practice, and you have to keep working on that ability.

Even so, I hope the reader enjoys this book, and remember folks, it's only a game. Anyone who knows me will be aware I struggle to take anything too seriously, and I've tried to reflect that. As well as the serious theory, you'll also learn about:

The Attacking Manual (2 parts), Aagaard Jacob, 2010 - download
As a chess player I know there is almost always more to be learned from defeats than victories, especially the spectacular ones. So, though these
Improve Your Chess Pattern Recognition: Key Moves and Motifs in the Middlegame
Plenty of scientific books have been written about pattern recognition; this will not be one of them. Sure enough, this book is about patterns,
Excelling at Chess, Jacob Aagaard - download book
I wrote this book as a kind of personal test. I wanted to make some sense of the various ideas I came across during a period (1999-2000) when I
Practical Chess Defence, 2006 - download book
Before we have a look at the "chess" methods of defence, it will be useful to discuss the various thinking methods that can be helpful when
Information
Users of Guests are not allowed to comment this publication.