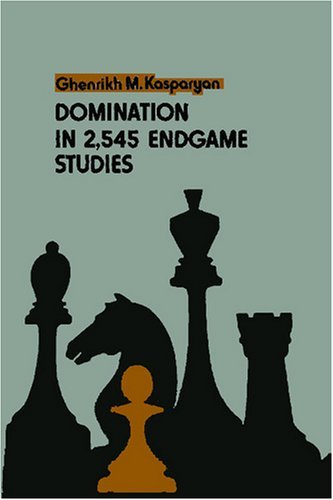 The creations by outstanding composers are a barometer indicating the level reached by endgame composition in that particular period. In the 19th century, which produced such luminaries as J. Kling, B. Horwitz, J. Berger and others, it was mainly the analytical ending that was perfected.

The appearance of A. Troitzky on the chess horizon (at the end of the 1900s) and then H. Rinck, the Platov brothers (Mikhail and Vladimir), L. Kubbel and others marked a new stage. At the turn of the century the artistic endgame study emerged.

How do the analytical and artistic compositions differ?

In the main, the analytical endgame develops simple positions that have importance for the theory of endings. Its chief idea is hard to pinpoint, and the variants resemble a detailed analysis of an ending in an actual game. As a rule, the variations are trite, containing few spectacular elements. The artistic endgame study, on the contrary, always includes some sparkling idea. Whereas the analytical endgame is constructed according to rules, the artistic endgame study is based on exceptions from the rule.

The material of most artistic endgames is subordinated to an idea, though with the strictest economy of material. Analysis should not, as a rule, smother the content but cede primary place to the main idea.

Chess Endgames, Laszlo Polgar - download book
Composed endgames appeared as early as the game itself. Chess players of old used to compete with each other by offering composed positions to be
Analysing the Endgame, Speelman - download book
Basic Chess Endings was first published in 1941. It is a magnificent work, especially considering the paucity of material which preceded it. But
Dvoretsky's Analytical Manual - free download
Out of not less than hundreds of my publications of recent years, I have chosen only a small fraction - the ones corresponding most closely to the
Endgame Virtuoso, Smyslov - download book
Many chess games conclude in the endgame, and from ancient times this stage of the game has been analysed. There are monographs and reference
Information
Users of Guests are not allowed to comment this publication.