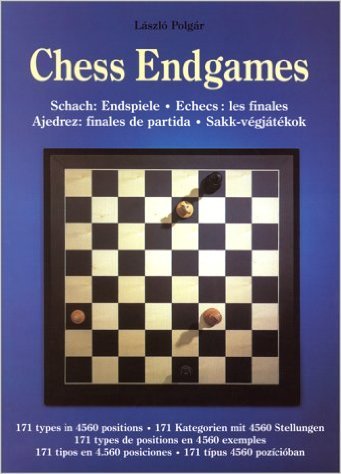 Composed endgames appeared as early as the game itself. Chess players of old used to compete with each other by offering composed positions to be solved. Thus composing and solving positions became linked to the idea of competition. In manuscripts by Zairab and Nairn (9th century), and by Al-Adli, Al-Mahdi and Al-Suli (between the 10th and 12th centuries), one can already find positions resembling endgame studies. In 1497, Lucena, author of the first surviving chessbook, published about 100 endgames. Kling and Horwitz collected 226 endgames in 1851 - and most of their analyses are valid to this day. Some 40 years later, Berger's textbook was the first to systematize endgames. Then the Platov brothers Troitzlcy and Kubbel made revolutionary progress, followed by Grigoriev, Rinck, Cheron and many others. Rinck's 1414 endgames, all composed by himself, turned out to be a record number. In recent years, Kasparian has added a dozen or so collections to the ones already in existence. The Encyclopaedia of Chess Endings in five volumes, edited by Matanovic, was another important milestone for chess players in the mid-1980s.

Nowadays computers are involved in chess: there is one data base containing more than 100,000 endgames. Furthermore, they have been useful in developing the theory of endgames. Using a computer, Ken Thompson managed to uncover the secrets of all positions with a maximum of five pieces, thus challenging many a proposition accepted for centuries. Lewis Stiller has already achieved some success with positions including six pieces. Who knows where all this might end!

A Practical Guide to Rook Endgames - download book
100 Endgames You Must Know, 2008 - free download
In my first years in the world of chess, I used to read a lot about the importance of a good knowledge of endgames and the futility of studying
How To Play Chess Endgames - download book
Before we plunge into the wonderful world of endgame strategy, we should like to give you some hints on how to use this book.
Winning Endgame Strategy, 2000 - download book
An excerpt from the first chapter    Readers might know that the greatest connoisseur of pawn studies was the Soviet master Nikolai
Information
Users of Guests are not allowed to comment this publication.