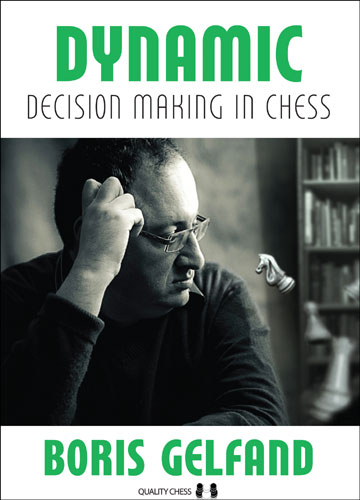 At the beginning of this year, I played in a rapid tournament in Estonia. I won one game where my opponent, an old room-mate from training camps with Peirosian. tailed to show up. He came up to me later and apologized. He had been very excited about playing against me, and got so caught up in the preparation tor the game that he lost all sense of time. When he finally looked at the clock, the game was already over, and he was still in his room...

Chess is all about time. Each player makes a move, choosing to move only one piece, hoping that all his pieces will be in time to reach the necessary squares. If you are late, the opponent will checkmate you, queen his pawn, take vour knight, skewer your rook or maybe just run away with half the kingdom and all three princesses.

Chess is also about handling the clock. Before each game you are entrusted with a certain amount or time, and you have to do your best to spend it wisely.

This book is about dynamics. The things that easily fall victim to time, have an unstable foundation, and erode quickly.

This is not an academic textbook about dynamics; it is a deeply personal book, with dynamics as the central theme. Other recurring themes I shall discuss include the influence of engines on modern chess, and the clash between the millennials and my generation, both in chess style and in the public imagination. But if I think one of my experiences or opinions will interest the reader, then I shall mention it, even if it is 'off-topic'. If you can survive these digressions, you will be less shocked later in the book when a recipe for strawberry jam appears...

Positional Chess Sacrifices - download book
Excerpt from the introduction to the book    Some series of moves stand out from the expected trend of a chess game. They are surprising
Mastering Positional Chess - download book
Nowadays, many players hugely underestimate the importance of positional play. Certain writers promise the reader gigantic rating gains if the
Isolani Strategy. Strengths and Weaknesses of the Isolated Queen's Pawn - download
Aaron Nimzowitsch, one of the outstanding chess researchers, considered that the problem of the isolated pawn was one of the cardinal problems of
The Art of Positional Play - download book
When a beginner plays P-K4 on his first move he is already playing positionally (although he may not be aware of it): he has begun to occupy and
Information
Users of Guests are not allowed to comment this publication.