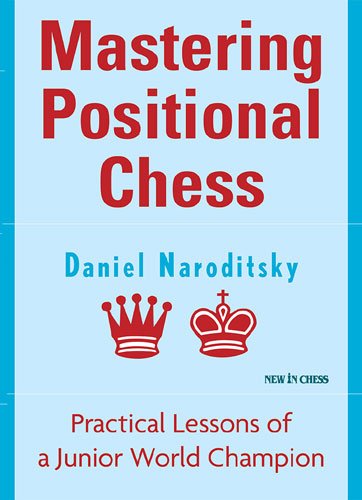 Nowadays, many players hugely underestimate the importance of positional play. Certain writers promise the reader gigantic rating gains if the reader solves tens (or even hundreds) of tactical problems a day. Many players follow this advice for a while, and it certainly is a good idea to solve tactical problems. I have done the same thing for most of my chess career. Nevertheless, when I started getting constantly outplayed, I realized that tactical practice was not the only way to improve one's playing strength. The more I studied positional chess, the more I understood the importance of positional play.

I realized that in order to create positions where tactical motifs could be utilized, it is vital to understand positional ideas at least on the basic leveL Yes, reading a book on tactics is often a more entertaining task than reading a book on positional chess, but if you want to excel at chess, you have to delve deeper into the chess realm, and appreciate not only visually pleasing combinations, but much more subtle positional ideas. As I soon learned, winning with an extremely subtle maneuver is often a lot more aesthetically pleasing than executing a smothered mate.

If I could pinpoint the most important time when my studies came into use, it would certainly be the World Youth Chess Championship in 2007. Being a "veteran" of this prestigious annual event, I understood that most opponents did not pay attention to positional chess. Therefore, when I was playing my games, I steered the game into positional tracks and every time my opponent would make a mistake that handed the advantage or the initiative over to me. I won game after game in the same fashion - systematically improving my position until my opponent would make a mistake. No matter how strong he was, he made a mistake every time. In the last round, my studies helped especially. I needed a win for first place, but was playing a very strong player from Russia. In a quiet Najdorf. my opponent made one tiny-looking inaccuracy. Immediately, my pieces poured into the weaknesses he had created, and he could not defend against the vicious onslaught.

However, it's impossible to learn positional chess only by reading. In order to improve, I started to write notes on my own games with the goal being to raise the level of my positional play In a short while, the messy notes started to take shape. As my chess level progressed, I found a lot of mistakes to correct and a lot of analyses to redo, but after two years of work I finally finished the typed manuscript. Suddenly, my private notes turned into a more formal manuscript, which I showed to my chess friends and teachers. They liked it, and encouraged me to continue my work. After two years, I was ready to share it with other chess players!

This book is geared towards players aiming to improve their positional understanding, and towards advanced players who want to add to their arsenal of ideas. In other words, my goal is to equip you with enough positional motifs to help you to move on to more complicated material. I'm sure that no matter how strong you are, you will find some helpful material in this book.

I feel that now is a great moment to talk about why I chose the chapters that I did in this book. First of all, why did I allocate so much space to paralysis? I think that paralysis in the middlegame is a concept that is of paramount importance. Knowing techniques to impede the development of your opponent's pieces is crucial. As we shall see in the chapter, there are many games where grandmasters masterfully neutralized the activity of the opponent's pieces, and thus quickly won the game The reason I chose the subjects in the other chapters is because I felt that they simply were the most important when studying positional chess. For example, prophylaxis is another concept that tactical players tend to underestimate As we shall see, the most innocuous-looking moves are often the precursor to a decisive combination.

Although there are many great books on positional chess, I think that this book is a bit different. First of all, I tried to pick games in which the players were approximately equal in strength. Secondly, besides showing classic games I picked games in which the players made mistakes, since in almost all of today's games up to grandmaster level, errors are unavoidable. When I was only beginning to play serious chess, I thought that books written by strong grandmasters were flawless. To me, grandmasters were like gods - everything they wrote was law, and nothing could be debated. To my utter surprise, I discovered that the appealing outer layer of text hid many mistakes, which sometimes changed the evaluations of every single line given.

The Art of Positional Play - download book
When a beginner plays P-K4 on his first move he is already playing positionally (although he may not be aware of it): he has begun to occupy and
Positional Chess Sacrifices - download book
Excerpt from the introduction to the book    Some series of moves stand out from the expected trend of a chess game. They are surprising
Isolani Strategy. Strengths and Weaknesses of the Isolated Queen's Pawn - download
Aaron Nimzowitsch, one of the outstanding chess researchers, considered that the problem of the isolated pawn was one of the cardinal problems of
Weapons of chess an omnibus of chess strategy
Weapons of Chess is a book of concepts and practical advice. It defines and explains the key motifs of strategic play. It is concerned more with
Information
Users of Guests are not allowed to comment this publication.