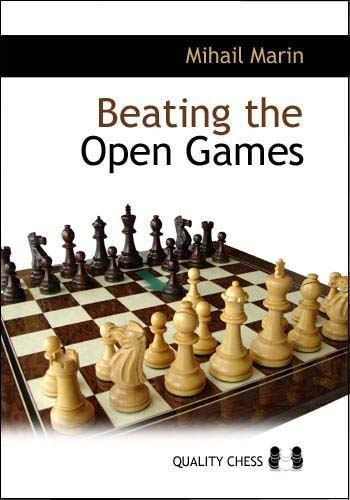 The opening moves 1.e4 e5 are as old as the game of chess itself but they have lost none of their relevance in the era of the information explosion. The longevity of the interest in the open games is quite easy explain: this is the fastest way for both sides of getting castled and obtaining normal development.

The strategic situation in the diagrammed position is relatively easy to describe. However, this apparent simplicity can lead to the most incredible complications within just a few moves; a proof of the inexhaustible character of chess.

Both sides will be concerned about undermining/consolidating the e5/e4-pawn. The occupation of the centre with the queen's pawn will generally ensure a comfortable advantage in space. The most vulnerable squares are f2/f7 which makes the a2-g8/a7-g1 diagonals quite important. The situation is much sharper than in the Queen's Gambit, which can be obtained by a mirror reversal of the position and where the central d-pawns benefit from the strong support of the queens, while the relative weakness of die b1-h7/b8-h2 diagonals does not present risks for the kings.

Since the position will most likely have an open character, rhe basic principles of development are of vital importance. Make no more than 2-3 pawn moves, do not move again with an already developed piece, develop the knight from one wing and only then the bishop, get castled, connect the rooks. I know this sounds a little bit like preaching, but while I was working on this book I was stunned by the frequency of opening catastrophes (or at least lack of success) caused by the violation of these simple rules, in certain cases, the evolution of important variations deviated from the logical course oi the game for decades or even centuries, only because players "forgot" these simple things. (See for instance the comment on Korchnois 9...Be6 in the Giuoco Pianissimo chapter or the story about 8...Qe7 from the main line of the Exchange Variation of the Ruy Lopez).

Of course, rules should not be obeyed blindly, but in most cases they can offer reliable reference points when one has to make a choice in a relatively unknown position.

Of the classic recommendations, there is one which is clouded in some mystery. Why should it be so important to develop first the knight and only then the bishop? The abstract answer consists of two elements. Unlike knights, the bishops are long-range pieces which arc almost as good as developed on their initial squares, if only they have an open diagonal at their disposal. Therefore, their development is not a matter of the greatest urgency. Secondly, prematurely moving with the bishop while the knight is still undeveloped can eventually cause certain problems with the defence of the b2/b7 or g2/g7 square.

Queen's Gambit Declined - download book
1 d4 d5   White's aim was to follow 1 d4 with 2 e4, establishing a double pawn centre. With 1...d5, Black prevents White from achieving
1.d4 d5 2.c4 Bf5 - Keres Defence - download book
Why the Keres Defence? Not only in order to pay homage to the Estonian Grand Master but also because Keres was the first to adopt the sequence of
Beating the Sicilian, Vol. 1, 2 & 3 - download book
This is not a typical Batsford opening book. Consequently the introduction is rather longer than it might have been, in order to explain the
The King's Gambit - download book
The King's Gambit is one of the most ancient openings and an opening which leads to a sharp struggle from the very first moves.
Information
Users of Guests are not allowed to comment this publication.