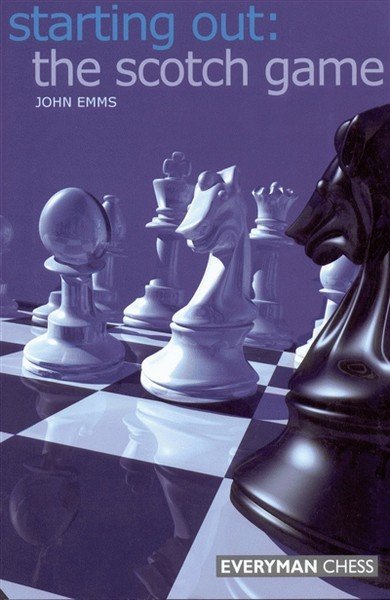 Before the 1990s the Scotch Game had always been a reasonably popular 1 e4 e5 opening, without ever really threatening the perennial domination of the Ruy Lopez . However, in the 1990s it received a major shot in the arm when Garry Kasparov began playing it with some frequency, injecting many new ideas from White's viewpoint and using it with success in world championship matches. World champions, especially Kasparov, dictate opening fashions, so the inevitable consequence of this was that the Scotch suddenly became much more popular at all levels of chess. Nowadays, thanks in no small part to Kasparov's contributions, the Scotch is seen as a very important opening weapon for White.

Why Play the Scotch Game?

Scotch does offer a good variety of positions. Those interested in sharp, tactical battles will enjoy the complexities of the Mieses Variation, while less experienced players and those preferring quieter paths can look to the Scotch Four Knights.

The Berlin Wall, John Cox, download book
To anyone who has followed top-flight chess in the 21st century, the Berlin will need little introduction. Since Vladimir Kramnik brought it out
Symmetrical English - download chess book
The Symmetrical English (1. c4 c5) is an important part of chess theory, and is played at every level of the game from World Championship to club
The Fabulous Budapest Gambit: Much More Than Just a Sharp - download book
What does White play against the Budapest Gambit?    The key move in the modern BG is White's 4th, when he determines his opening
Open Ruy Lopez, Flear Glenn - download book
The Open variation of the Ruy Lopez (or Spanish) starts with the moves 1. e4 e5 2. Nf3 Nc6 3. Bb5 a6 4. Ba4 Nf6 5. 0-0 Nxe4
Information
Users of Guests are not allowed to comment this publication.