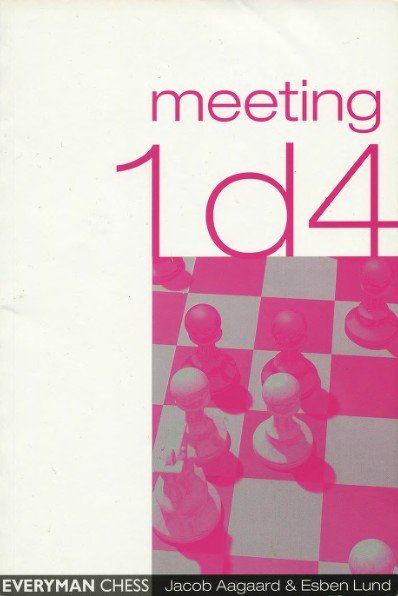 This book was jointly written by Jacob Aagaard and Esben Lund over the summer and fall of 2001. During the first weeks of the cooperation we were sitting face to face with our laptops in Jacob's flat, sweating as if we were doing physical labour. In this time we wrote the main lines of the Tarrasch together and revised each other's material. Later we divided the remaining material between us and finished it separately. We have chosen to use the pronoun "we" during all of the book, as there is a lot of overlapping between who did what.

It is usually an assumption that when a titled player is woring with a weaker player, it is the weaker player who does most of the work. Jacob would surely have loved it to be this way. Because even though Esben yet has to make his IM norms, he is not a weak player at all. He is, without doubt, the best prepared of the two and has a special affection for the Tarrasch Defence, which he has studied in great detail. Esben also puts pride in his work that seems insane to Jacob and would so to most people in this business. On the other hand, Esben needed to learn a lot about structuring work and how to present it. So, all in all, this was a logical co-operation, which worked out well. At least we think so!

It is our conviction that the different lines in an opening repertoire should be learnt differently. Some lines arc critical and require some theoretical knowledge to be played, while others are less critical and require a more basic understanding of where the pieces belong. This difference becomes even clearer when you work with a repertoire book of this sort, where a third of a full tournament repertoire is explained in only 176 pages. In practice this means that we have been very theoretical in the handling of the Tarrasch Defence, which is our main defence against 1 d4, while we have been writing more generically about all the sidelines like the Reti, the Trompovsky and so on. It was our belief that this would be the best way for the reader to learn how to play against these systems as it is the way we, ourselves, learned to overcome our difficulties against exactly the same systems. We hope that neither our readers nor our publisher feels let down by this choice but we simply felt it was the right way.

We are aware that there will be some holes in the suggested variations when we choose to write like this. First of all, we have never met anyone who has bought repertoire books and then learned all the lines. Secondly, you cannot predict all the moves in the opening. Once, after Kasparov had lost a game to Peter Svidler in a rather harmless sideline in the Sicilian, his second Dokhoian was asked if they had analysed the line in question. His reply was: 'If we analysed all these sidelines we would never have time to do anything else." This is the spirit this book is written in. The Tarrasch is fully covered, the Red and Trompovsky also quite well, while not very dangerous lines, less so. Personally, we try to follow a few key games when wc fight these systems and this is the approach we have tried to champion here.

The Modern French Tarrasch - download book
In the Tarrasch Variation of the French Defence 1 e4 e6 2 d4 d5 3 Nd2 c5, the 4 exd5 line has undergone a genuine re-evaluation in the last
The Black Lion: The Chess Predator's - download book
Opening books about 'The Lion', as our opening has come to be known, have been a success ever since their first appearance in 1997. And so it is
Dutch Stonewall - download book
Unlike some systems against 1 d4, the Stonewall is not an invention of recent times, or even this century. It is interesting that in his book
Symmetrical English - download chess book
The Symmetrical English (1. c4 c5) is an important part of chess theory, and is played at every level of the game from World Championship to club
Information
Users of Guests are not allowed to comment this publication.