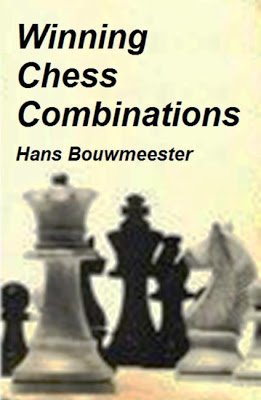 'Chess is 99% tactics'. So said the late Richard Teichmann, renowned winner of the great 1911 Karlsbad tournament. His statement has often been questioned but never convincingly refuted in practice. Many games, even those between the all-time greats of the 64 squares, are decided by a tactical turn only noticed by one of the contestants. Not so long ago Teichmann's conclusion was underlined by a contemporary expert, the American grandmaster Reuben Fine. Despite the enormous advance of chess theory over the last 20 years, chess is still more than 90% dominated by tactics, according fo the latter.

You could say that every chess master has a special feeling for combinations. An inborn talent? More or less: nearly all the leading lights of Caissa's realm learnt the hard way, after much shame, sorrow and study, but they remain confined within the limits scl by their own innate ability. And that is the simple explanation of all ranks and stations, in the chess world as well. As George Orwell expressed it: 'We are all equal, but some of us are more equal than others.'