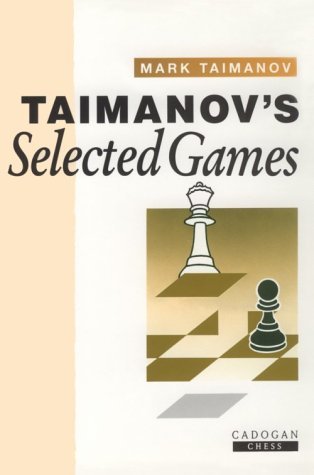 The ritual expression of certain of my colleagues 'Chess is my life, but my life is not only chess' (or variations on this theme) is one that I can make not only with conviction, but also with complete justification. From my childhood years I have been a faithful servant simultaneously to two masters - alongside chess there has always been music. Moreover, I came into chess thanks to music and... via the cinema. I was studying at a music school in the piano class, when one of the main film studios of my native city was preparing to shoot a film about young talents and was looking for someone to play the leading role. The choice fell on a 10-year-old curly-haired lad, who after special tests was confirmed in this vacancy. The lucky lad was me, and the film Beethoven Concert, where I was given the role of a young violin player (specially for this, for about a year I had to master this 'related profession') was very successful, and in 1937 it won one of the main awards at an international film festival. Thus quite unexpectedly I became a famous film star, and when in Leningrad at that time they opened a splendid Pioneers' Palace, where talented children could develop and improve their abilities in the most various aspects of culture - art, sport and knowledge, I was invited as an 'honoured' guest. It was here that a new turning point in my fate occurred - to the question by the hospitable director of the Palace as to where I would like to study, as though at the command of an inner voice I replied 'In the chess club'. From that time the piano and chess became the dominant features of my life and they have never deserted me.

As a musician I graduated from the Leningrad Conservatory and began an extensive programme of concerts both in my own country and abroad.
As a chess player I also made quite rapid progress and consistently gained one degree of recognition after another: at 20 I became a USSR Master, at 24 an International Master, and at 26 an International Grandmaster.

I have often been asked how, during the course of the decades, I managed to combine successfully two such difficult and contrasting professions, and all I have been able to do it to make a joke of it - I said that I did not mix my performances, but alternated them, and when for a long time I was giving concerts, I was resting from chess, and when I appeared in several tournaments in a row, I was resting from music. In short, my life was one continuous rest...

And there was another question that interviewers often asked me: did not one of my professions interfere with the other, and would I not have achieved more by giving up one of them? I would reply frankly and with conviction - I was not convinced that, by giving up one of my callings, I would have markedly risen in the other, but that my life would undoubtedly have lost its diversity and harmoniousness. After all, by switching from music, which gladdened the heart, to chess, which excited the mind, I managed to retain a restrained attitude to each of these wonderful forms of creativity and not to exaggerate the significance of successes that came my way, nor disappointments at inevitable failures... And then there also appeared journalism and literary work, and my field of creative self-expression became even broader. During my lengthy music career I played hundreds of concerts in many countries of the world, and records of classical and romantic music- performed by me were sold in their thousands. As a player I have competed almost all over the world, winning several dozen major international tournaments, I have held the titles of Russian Champion and Soviet Champion, I was twice a Candidate for the World Championship, I have won the World Championship for Students and twice for Seniors, and with the USSR Team I was four times Champion of Europe and an Olympiad Champion. As an analyst and author I have written about a dozen books on chess theory and memoirs, which have been published in many languages. In short, all three aspects of my professional calling have brought me both satisfaction and a feeling of happy self-expression. Of course, it is always inevitably sad to have to sum up. But, alas, for all my natural optimism I no longer believe, as I did earlier, that my best achievements lie ahead, and that my best games have not yet been played. And therefore it is with particular excitement that I have selected from the past my best creative achievments, and I offer them in the hope of winning the inquisitive reader's approval.

New In Chess: The First 25 Years - free download
It is probably just as well that I never married, as remembering anniversaries has never been my forte. Thus, it came as a complete surprise when
How Fischer Plays Chess - download book
During the first seven months of 1955 Fischer played some thirty tournament games. Possibly his failure in the Junior Championship was a big blow
Korchnoi's 400 Best Games - download book
Research for this project started, and the initial list was drawn up, early in 1975. R.G.Wade is responsible for the writing of and opinions given
School of Chess Excellence Endgame Analysis - download book
The gong has sounded - the game is adjourned. The secret moved is sealed, the clocks stopped, and the scoresheets concealed in the envelope. The
Information
Users of Guests are not allowed to comment this publication.