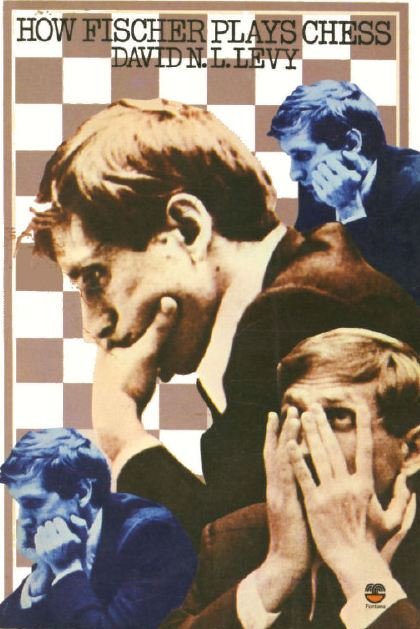 During the first seven months of 1955 Fischer played some thirty tournament games. Possibly his failure in the Junior Championship was a big blow to his ego but whatever the reason he did not compete any more that year. There have been three periods in Fischer's career when he withdrew from competelive chess only to return a more formidable opponent. The months August to December 1955 represented his first dormant period. He hibernated an inconspicuous young player and awoke an embryo master. His first event of 1956 was the Greater New York City Championship, a seven round Swiss system tournament with fifty-two players in which Bobby tied for fifth place with Jackson and Saidy, behind Lombardy and Mengarini (1st equal) and Fuerstein and McKormick (3rd equal). He won the class trophy and this success among strong opposition was such that when touring Cuba with the Log Cabin Chess Club the following month he was considered able enough to be invited to give a simultaneous exhibition.

Fischer's exhibition at the Capablanca Club in Havana took place on February 26th 1956, prior to his thirteenth birthday. A photograph taken of this, his first display, shows him opening 1 P K4 on all (visible) boards. The game in which he is about to move is a Sicilian De4fence. The next (to his right) a Ruy Lopez, Sleinilz Defence Deferred. Then another Lopez. another Sicilian two moie Ruy Lopez, a Giuoco Piano and then the Exchange Variation of the Ruy Lopez, which he was to bring into prominence in master chess a decade later in an Olympiad held less than a mile from the spot where he gave this exhibition. One more Ruy Lopez is distinguishable, but of the other boards nothing can be made out.

This restricted choice of openings is unusual for a simultaneous exhibition. Normally the master will essay the whole spectrum of chess openings if only to make things less tedious for himself. But Bobby, even in an exhibition, seemed determined to prove that in chess there is only one truth and that at the very beginning this truth is 1 P K4. Apart from an early eighteen-month flirtation with the Reversed King's Indian he remained totally dedicated to the king's pawn openings for the next fifteen years, and at the time of his winning the World Championship in 1972, 1 P K4 was still his first string. Only one game score (so far unpublished) survives from that Havana evening and I am including it solely for historical reasons. The game itself is of no intrinsic value and is rather dull.

Bobby Fischer: His Approach to Chess - download book
Another book on Bobby Fischer - what for? More books have been written about him than any other chess player, so why yet another one?
Heroes of Classical Chess: Learn From Carlsen, Anand, Fischer, Smyslov And Rubinstein
The King: Chess Pieces - download book
From 1955 onwards, Dormer regularly contributed a chess column to the Saturday edition of the daily De Tijd, under the remarkably pessimistic
Taimanov's Selected Games - download book
The ritual expression of certain of my colleagues 'Chess is my life, but my life is not only chess' (or variations on this theme) is one that I
Information
Users of Guests are not allowed to comment this publication.