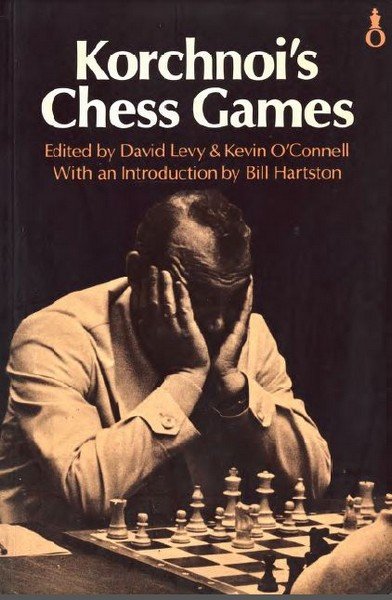 To Korchnoi chess is above all a fight. While he is playing all that matters is the result of the game. Friendships are forgotten, problems are shelved; the struggle on the board takes absolute precedence.

This tremendous will to win makes Korchnoi's games always interesting. When his clock shows only minutes remaining, he enters an almost trance-like state of total concentration, making full use of the time his opponent spends in thought. Frequently he will lose all track of the number of moves completed, so deep is his involvement in the calculations. Counting moves must be shunned as a distraction from the vital processes of the game.

Away from chess Korchnoi is far from being the killer he is at the board. I remember a characteristic episode one evening before the start of a tournament. Korchnoi had met an old friend he had not seen for years. The talk, jokes, and drink flowed freely until the early hours when both retired exhausted to their hotel rooms. The following afternoon they had to play each other in the tournament. Many anticipated a comradely draw, but they did not know Korchnoi. From the moment the players took their seats his war of attrition began, and a long and hard battle brought home the full point. Korchnoi's friends have sometimes been surprised to receive such inimical treatment, but they do not understand him.

Having passed the age of forty-five, when most grandmasters are well past their prime and settling down to a less strenuous tournament life, Korchnoi plays with greater vigour than ever. To have maintained his perfectionist approach and energy-demanding style is a great achievement on its own, but to have done so with ever-improving results is almost incredible. But why ponder on the source of Korchnoi's power when we can enjoy its fruits in his games? Study them well; he put a great deal of work into them.
Bill Hartston
Authors: David N. L. Levy, Bill Hartston
Title: "Korchnoi's Chess Gamess"
Released: 2009
Format: rar/pdf
Quality: good
Number of pages: 306
Size: 13 Mb

Korchnoi's 400 Best Games - download book
Research for this project started, and the initial list was drawn up, early in 1975. R.G.Wade is responsible for the writing of and opinions given
Practical Rook Endings, Viktor Korchnoi - download book
It is said that I play the endgame very well, and that it is due to my outstanding technique thai I have managed to win so many tournaments and
Open Ruy Lopez, Flear Glenn - download book
The Open variation of the Ruy Lopez (or Spanish) starts with the moves 1. e4 e5 2. Nf3 Nc6 3. Bb5 a6 4. Ba4 Nf6 5. 0-0 Nxe4
The King's Gambit - download book
The King's Gambit is one of the most ancient openings and an opening which leads to a sharp struggle from the very first moves.
Information
Users of Guests are not allowed to comment this publication.