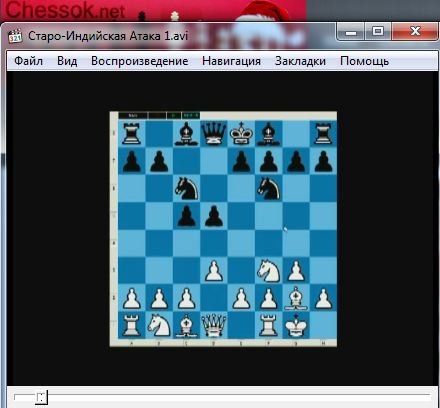 In this video lesson the variations of the Old Indian formations for White are addressed. The lessons are in English. Straight after some preface on the history of the debut the practical part begins. The idea of the Old Indian formation for White is that he has spare tempo. White gets quite stuffy but perspective position. If playing accurately, Black has good chances, as well. It will make sense to play this debut against the ones who like Sicilian and French defence. The effect of suddenness pays off.

French defence (indian formations) - download video
After you watch this video lesson, you will understand what in fact the Indian formations for White in the French defence do not produce any
Volga (Benko) gambit - download video
We keep on presenting our video lessons series. And the next gambit we will review is Volga gambit. This gambit is very complex and just watching
Albin countergambit
Albin countergambit is a very rarely used opening that leads to double-edged challenge with the better chances for White. This used to be the
Anti-Sicilian organization (2.c3, 2.Nc3) - download video
In these video lessons the variants of the anti-Sicilian organization is reviewed. For instance, when playing 1.e4-c5, White does not have to play
Information
Users of Guests are not allowed to comment this publication.