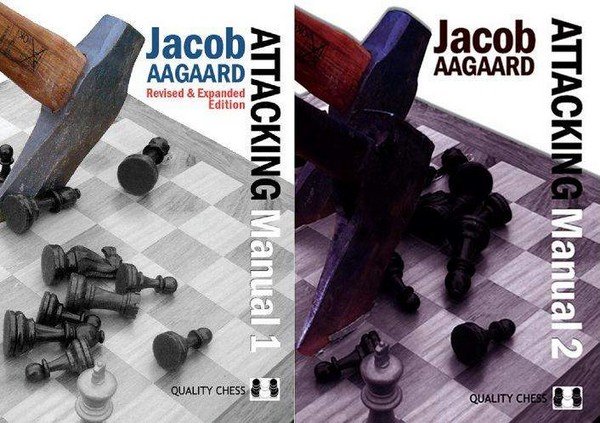 As a chess player I know there is almost always more to be learned from defeats than victories, especially the spectacular ones. So, though these two books will inevitably fall short of their aim, I hope the reader will agree that at least I fought valiantly to make sure that it was not by much.

In first volume I will present the general rules underlying attacking chess. This statement alone requests scrutiny, so we might as well get specific immediately.

By rules, I mean standard replies that can he beneficially used in many situations, not sentences you have to repeat at the board and use to thump your ability to reason. Another word commonly used for having such standard replies in your fingers is "intuition".

Before we get ahead of ourselves by assuming that we agree on a term commonly used in chess writing, I had better define what: I think when I say intuition.

Intuition is the word we use for the quick splurge of automatic interpretation provided by the subconscious part of the brain. This is based on conclusions you have made in the past, sometimes consciously, sometimes not. These could be good interpretations or they could be bad. Mostly they are good, but often they are not good enough. In this book I will offer a number of strategies to add to your intuition regarding the nature of attacking play, by presenting simple effective guidelines.

Over the years I have read dozens of books on attacking clicks, and they were all about knocking the king's position open, once the attack had been established. Some authors even disguised their puzzle books as books on attack or was it their publishers? Although some books on the middlegame would mention parts of the positional basis for the attacks I was unable to refer my students to any book as the work on attacking chess. Simply put, none of diem explained well how the attack came to be, but concerned themselves mainly with the sacrifice. This is what I tried to do in Volume One, and with some success, I think.

Second volume is intended to cover all of attacking technique, by which I mean what to do once the attack is up and running.

Excelling at Chess, Jacob Aagaard - download book
I wrote this book as a kind of personal test. I wanted to make some sense of the various ideas I came across during a period (1999-2000) when I
Excelling at Chess Calculation - Capitalising on Tactical Chances, 2004
These days a lot of chess books are published on what I like to call 'general themes'. In most of them the author srarts out by claiming tliat
Mating the Castled King - download book
Right from when we first start to play chess, we are taught quick knock-out ways of checkmating our opponent's king. We quickly learn Scholar's
Improve Your Chess Pattern Recognition: Key Moves and Motifs in the Middlegame
Plenty of scientific books have been written about pattern recognition; this will not be one of them. Sure enough, this book is about patterns,
Information
Users of Guests are not allowed to comment this publication.