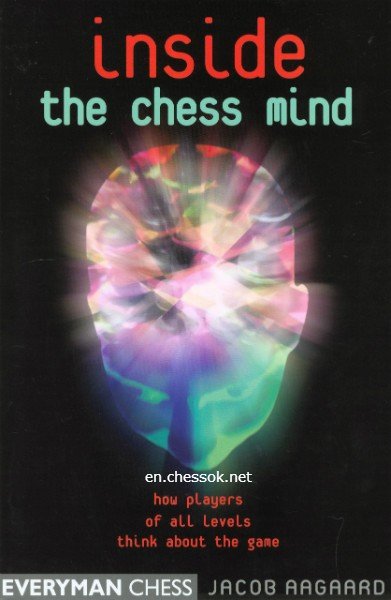 There are two kinds of chess books. There are the books the authors for some reason just needed to write; and then there are the books the publisher wants the author, any author, to write. The first are usually books with general themes: biographies on long dead Russian International Masters (who grew up in a Communist system, and therefore have no place in their value-system for material concerns), or other kinds of idiosyncrasies, which might be weird but definitely worth reading. The second kind of books are mainly dedicated to the opening, often part of a series with a fixed number of pages and maybe even a written formula no one ever reads anyway.

Both kinds of books have their relevance and I enjoy to read and write both types. But sometimes there are hybrid projects, books that it could be argued include both categories. This book started out being one of these, when my editor, Byron Jacobs, in his eternal hunt for fame, glory and not the least wealth, asked me to write a book with the tide Inside the Chess Mind comparing players of different strength. His choice in asking me seemed obvious due to my knowledge of cognitive science and my occupation of rull time chess writer and trainer, with pupils of different age groups and different playing levels. Or at least I would like to think so. Reality has shown me there arc certain advantages connected with my surname Aagaard, which places me almost last in Danish phone books but first in chess databases and outlook archives around the world. When Byron and others think about who they should hire for a project they go to their email program and scan the list until they find someone suitable. So often I am not the best choice, but simply the first and lazy choice. At least that is my theory.

But anyway, I was asked and my imagination was immediately fuelled with different ideas and possible exercises. And as my hobby as a fourth category guitarist in a third category band has made me acquire a minidisk-player and a microphone, and as I have a large number of exercises in different archives used in general training, I already had the took necessary to perform the experiments.

The first consideration in doing something like this is, of course, if anything similar has ever been done before. It has. The Dutch psychologist and chess fan Adriaan de Groot rested a lot of top chess players in the late 30's and early - 30's (the decades, not the age groups). This led to different conclusions, which it is logical to relate to.

But then we are already at (he second consideration. What kind of book would I like to write, and with thai comes: what kind of book would I personally have liked to read, had I not disposed of my last name in favour of my middle name at the age of 12 (which would have meant that someone else would have been asked to write the book). I quickly came to the conclusion that a scientifically-oriented book was not really something that interested me. What fascinated me about this project was the diversity I expected in the tests, originating from the test subjects' different personalities, age, idiosyncrasies and backgrounds. This is what I have tried to bring into the book by quoting the players as precisely as possible while soil making sense; i.e. avoiding redundancy and less coherent talking or, in other words, changing spoken language into written language.

Still, though this book should be seen mostly as an empirical study - where the author has allowed the material to take its own form, and found himself messed up and confused as a twelve-year-old boy in a nudist colony there has been some room for basic questions and conclusions along the way. The main conclusion is the limitation of the experiment as such. It almost instandy became obvious to me that the selection of exercises could have been cleverer and more rounded. Also, that in order to make any conclusions of scientific value, more tests would have been needed. Probably the best way would have been to do the tests at least diree times (though maybe with different exercises from time to time), allowing the possibility of reshaping the tests based on the conclusions of the first set of results. For practical reasons this was not possible, mainly because it was hard to summon the guts to ask people like Peter Heine Nielsen and Artur Yusupov to participate even once in the testing. Asking them to participate almost regularly would simply have been impossible - and indecent.

Another important conclusion was that performance in the tests woukl never ruiiy correspond with the actual playing strength of the different participants. (This goes beyond the obvious diversity of form on the day.) Practical use of and knowledge about opening theory docs not play a great part in the testing (mainly because, as an author of many opening books, the subject has a tendency ro be represented enough in my writing already); neither does the ability sec simple tacnes, nor the psychological aspect of the game; minor piece endings and pawn endings are not represented; chaotic positions are simply absent; closed positions also did not get a fair representation here (mainly because I hail decided to give a solution to all exercises and would not have been able to write anything decent about a closed position), 'that even' position has a final solution is both a strength and a weakness. It is certainly a strength for the book as a reading experience, but it does influence the comparative value of the exercises, as this gready favours the logical player over the intuitive player (Peter Heine Nielsen vs. Artur Yusupov could be mentioned).

What is very important for me to stress - Silence now. Shut that book and listen. Hey! Open it again, I was just kidding - is that the exercises are not meant to be competitive in any way. To judge the performance of Peter Heine Nielsen against Yusupov, or Skovgaard against Skovgaard is not really interesting, as it would in no way reflect how these people would do in a real over-the-board game. The strength of a player in a fluent situation is not the same as that of the test room. The positions will naturally appeal more to some than others, and concentration level will not be that of the tournament hall for everyone. Talking into a microphone might decrease the abilities of one and increase the ability of another.

What is interesting is to examine the thought process itself, and try to judge when it is successful and when it is unsuccessful, and why. Not that there will be an answer on how best to think, or a certain algorithm to follow. There simply cannot be, as there is no single answer. But with all its imperfections and reservations, this is a book about chess as the sport of the mind. It is a deep study of ten positions of different origin and character, and an insight into what different chess players of different strength have thought about them. This can be used as infotainment or even as a mirror to the reader, who is of course invited to do trie exercises himself.

Rather than giving answers, this book sets out to pose tjuestions. Rather than to teach and preach a truth, this book is intelligent. Rather than being scientific or instructional, this book wants to inspire and communicate. Chess is a game of beautiful complexity, evolved to give the most possible meaning to our many sided imagination, as well as the greatest possible challenge to our minds. Chess thinking is the essence of chess as an art and as a competitive sport. It is where we can be rewarded for our attempts to grasp the depth of this artistic combinatorial mathematics with moments of clarity and revelation.

This book is dedicated in great gratitude to its heroes: the people who were brave enough to open up their minds for the rest of us to gain some insight into the diversity of chess thinking.
Jacob Aagaard

Excelling at Chess Calculation - Capitalising on Tactical Chances, 2004
These days a lot of chess books are published on what I like to call 'general themes'. In most of them the author srarts out by claiming tliat
Improve Your Chess Pattern Recognition: Key Moves and Motifs in the Middlegame
Plenty of scientific books have been written about pattern recognition; this will not be one of them. Sure enough, this book is about patterns,
The Attacking Manual (2 parts), Aagaard Jacob, 2010 - download
As a chess player I know there is almost always more to be learned from defeats than victories, especially the spectacular ones. So, though these
Excelling at Chess, Jacob Aagaard - download book
I wrote this book as a kind of personal test. I wanted to make some sense of the various ideas I came across during a period (1999-2000) when I
Information
Users of Guests are not allowed to comment this publication.