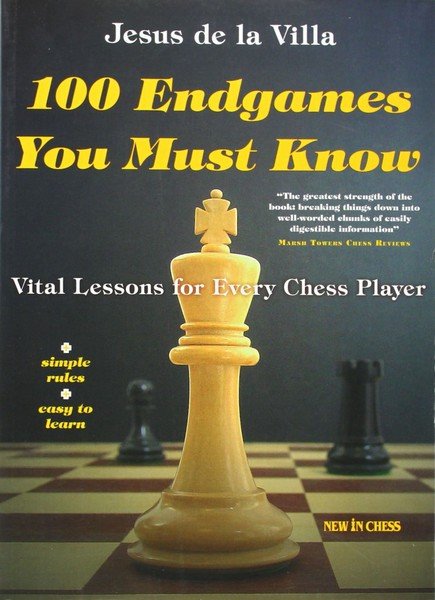 The relative importance of the endgame
In my first years in the world of chess, I used to read a lot about the importance of a good knowledge of endgames and the futility of studying openings. I used to find this kind of statement not only in Capablanca's works, but also in many articles from magazines of that time: sentences like 'Grandmasters' greater understanding is most clearly noticeable in the endgame' and similar things. Strategy used to receive the same, or similar, treatment when compared to tactics. You could read sentences like 'Grandmasters spend much more time in developing plans rather than in calculating variations' and so forth. That could be the reason why I, who spent almost my whole time during the games in calculating variations accurately, and devoted much more time to the study of openings rather than the endgame, could not even imagine that I would one day become a grandmaster.

It took me a long time to discover that all those recommendations were fairly exaggerated, but perhaps I should be grateful to them, as I do not know whether, otherwise, I would have paid to the endgame the attention this stage of the game truly deserves. My concern about those statements by famous players led me to devote some time to the study of the endgame, which eventually I enjoyed.

Winning Endgame Strategy, 2000 - download book
An excerpt from the first chapter    Readers might know that the greatest connoisseur of pawn studies was the Soviet master Nikolai
How To Play Chess Endgames - download book
Before we plunge into the wonderful world of endgame strategy, we should like to give you some hints on how to use this book.
Basic Chess Endings (Algebraic Notation), Fine Reuben - download book
It is impossible to overemphasize the importance of the endgame. This is especially true in today's competitive chess with its faster time
Chess Endgames, Laszlo Polgar - download book
Composed endgames appeared as early as the game itself. Chess players of old used to compete with each other by offering composed positions to be
Information
Users of Guests are not allowed to comment this publication.