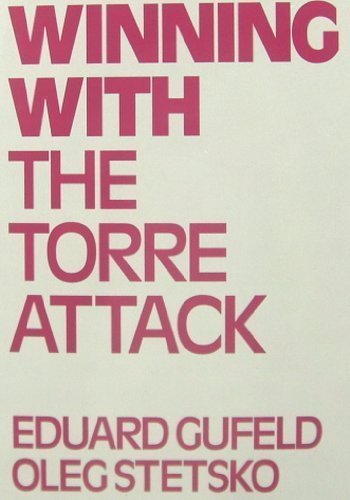 The Torre Attack. 1 d4 Nf6 2 Nf3 e6 3 Bg5, is one of the most popular varieties of Che Queen's Pawn Opening. It came into being in November 1925, when the young Mexican chess star Carlos Torre unleashed the opening at top level in the important international tournament in Moscow.

The opening moves introduce an harmonious system of development with which While pins the f6 knight and then erects the pawn wedge c3-d4-e3. This virtually impregnable structure, while enabling White to develop his pieces harmoniously around it, has great flexibility, with the result that White's position possesses elastic potential, ready to unleash itself at a suitable moment.

Torre's opponents were accustomed to the classical style of play prevalent at the tune, and so found it difficult to orientate themselves to the new situation, so that Tone was able to reap a rich harvest of three victories in the Moscow event. The first victim was the strong German master Samisch.

Dealing with d4 Deviations: Fighting the Trompowsky, Torre, Blackmar-Diemer, Stonewall, Colle and Other Problem Openings
This is a relatively new book. It will be useful for those who want to explore unconventional answers after 1. d4-d5
Sicilian - Classical Richter-Rauzer - download book
The Classical Variation of the Richter - Rauzer fades in and out of fashion, but its unique combination of solid structure and aggressive
Beating The Anti-King's Indians - download book
'What on earth are the Anti-King's Indians?' you must be asking yourselves. Well, I have taken the liberty of defining them as all variations of
1.d4 d5 2.c4 Bf5 - Keres Defence - download book
Why the Keres Defence? Not only in order to pay homage to the Estonian Grand Master but also because Keres was the first to adopt the sequence of
Information
Users of Guests are not allowed to comment this publication.