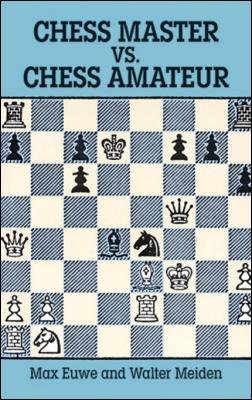 What better way could the amateur have of learning how to exploit the weak play of fellow amateurs than to study how a master would handle such positions? If the brilliant games of Paul Morphy against the masters of the nineteenth century seem much more instructive to many amateurs of today than the far subtler victories of twentieth century grandmasters over fellow grandmasters, it is precisely because Morphy's victories over his far weaker opponents provide a more striking example of how to exploit to the maximum the more serious errors of the weaker player.

This work consists of twenty-five games between master and amateur. The amateurs range all the way from weak players who make characteristic amateur moves never found in master games to players just below master strength, amateurs who have studied chess and know a considerable amount of technique, but who fail to grasp all the strategic implications of a position. Since the games themselves have no particular importance, we have not indicated the names of the players. Our criterion for choosing a game was not whether a master was pitted against an amateur, but rather whether one opponent, who was performing as a master, showed in a convincing way how to exploit certain typical errors of another, who was playing like an amateur.

Practical Chess Exercises: 600 Lessons from Tactics to Strategy - download book
Ray Cheng loves chess. I know this because he has been my student for several years and his enthusiasm has never waned. Nevertheless, when Ray
Quickest Chess Victories of All Time - download book
This book not only provides hundreds of patterns for combinations and traps but also patterns of blunders. Learning from the misfortunes of others
Amateur to IM: Proven Ideas and Training Methods - download book
Excelling at Chess Calculation - Capitalising on Tactical Chances, 2004
These days a lot of chess books are published on what I like to call 'general themes'. In most of them the author srarts out by claiming tliat
Information
Users of Guests are not allowed to comment this publication.