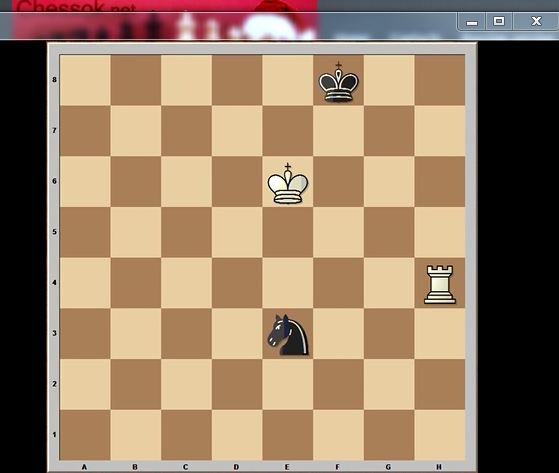 This video describes in detail how to win in the end-game playing with the Castle against the Knight. All possible combinations have been addressed. Sometimes it happens that there is almost no time left and the player cannot win the game as he has little to no knowledge of the basics of hot my play in such sort of end-game. Theoretically, this end-game is to be won and that is why everyone has to know the winning strategy. Watch this video lesson and you will know how to properly implement a plan of pushing the opponent's King to the last horizontal line in spite of all opponent's attempts to prevent this. This will lead to the victory, as, once the opponent's King is at the last horizontal line, it will be not that difficult to checkmate.

French defence (indian formations) - download video
After you watch this video lesson, you will understand what in fact the Indian formations for White in the French defence do not produce any
Chigorin defence - download video
Chigorin defence appears after the following moves order - 1.d4 d5 2.c4 Nc6. At the third move White has to make up the plan of the game and
Sicilian defence. Najdorf Variant - download video
Sicilian defence. Najdorf Variant - 1.e4 c5 2.Nf3 d6 3.d4 cd 4.N:d4 Nf6 5.Nc3 a6. Frankly speaking, this variation is very difficult to study and
Italian game
Italian game is the open debut known for a long time. The offer the fans of this debut to watch this video lesson that is 2 hours long. All the
Information
Users of Guests are not allowed to comment this publication.