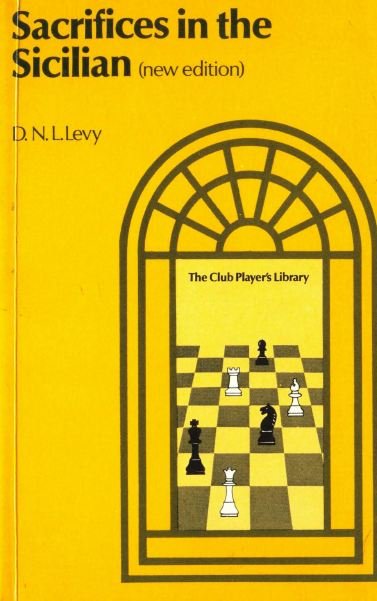 In a recent survey of the twice-yearly Yugoslav publication Informator, I discovered that one quarter of their published games over a five year period were Sicilians. At club and county level, too, the Sicilian is at least as popular because of its exciting attacks and counter-attacks.

Many books have already been written on the Sicilian. In Batsfords 'Contemporary Chess Openings' series alone there has already been O'Kelly's book on the Najdorf Variation (The Sicilian Flank Game) and my own monograph The Sicilian Dragon. In addition, Haitston is preparing a book on the many systems in which Black plays an early . . . P-K3. Such specialisation is a necessary prerequisite for the modern match and tournament player who opens 1 P-K4 or who plays the Sicilian as Black. But it is also important to acquire a good understanding of the type of middle-game position that can arise from this double-edged opening.

There arc a number of sacrificial ideas that can occur in Sicilian games, either in the game itself or in one or more of the variations that come to mind during the couise of a player's at the board analysis. In order to be able to deal with these sacrificial possibilities when they arise, it is necessary for the player to have a certain feel for the kind of position that is produced by the sacrifice. He can then decide whether or not the sacrifice is likely to meet with success and he will be better equipped to find the correct continuation if and when the sacrifice is made.

Each chapter of this book deals with a different, typical Sicilian sacrifice, with the type of position that arises after the sacrifice has been made and with the way these positions should be handled. In the introduction to each chapter I have tried to describe the circumstances under which the sacrifice is most likely to succeed. I have also indicated the features that can give a good indication as to whether or not the sacrifice is sound. This introductory part of the chapter is illustrated with relatively simple examples.

The middle portion of each chapter contains further examples, examined in somewhat greater depth. Finally there are illustrative games which serve both to describe a sacrifice from its inception to the conclusion of the game and to act as a source of entertainment to the reader, providing him with lively, tactical games which he can study and enjoy.

This book then is both instructive and entertaining. The studious reader will benefit, time and again, as he acquires a better understanding of many important types of Sicilian position. The less serious reader will be able to enjoy the 127 sparkling, sacrificial examples and the 42 illustrative games, each for its own beauty.