ChessOK » books » Curacao 1962: The Battle of Minds that Shook the Chess World - download

Curacao 1962: The Battle of Minds that Shook the Chess World - download 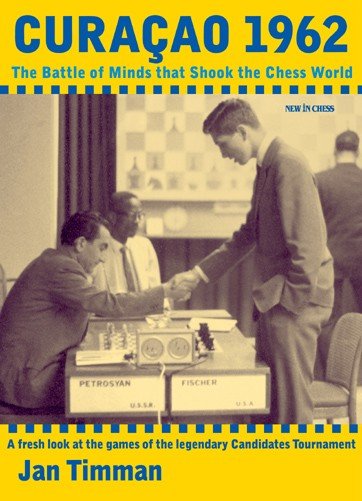 It was in the spring of 2002, during preparations for the 40th anniversary Commemoration Tournament organized by the Curasao 1962-2002 Chess Foundation, that Ger Jan Meijer first came up with the idea for a book about the 1962 Candidates' Tournament. To be sure there was a well documented tournament bulletin and a relatively unknown book in Spanish Curaztio 1962, subtitled 'Ocho aspirantes al Campeonato Mundial de Ajedrez', but the impact that the 1962 Tournament had and still has on chess history deserved more.

Thus, during the Commemoration Tournament some forty years later in November 2002. the first Steps were taken to forge this missing link in the chronicles of chess history. Jan Timman, a 2002 competitor, immediately offered his enthusiastic support in the form of technical advice and writing skills; equally important, the Prince Bernhard Cultural Fund's response was also positive.

I began searching for information and photographs, and help arrived from all quarters. Sloima Zonenschain, a local top chess player and organization volunteer in 1962, had a number of valuable pictures. The family of Curacao's respected chess legend, Nacho Moron, lent me the organizations archives; newspapers from 1961 and 1962 were studied; from Jan Tiepen, erstwhile Committee member, and from the family of Committee President Ge Schottelndreier came superb photo albums. While reviewing this mound of material, my insight into the organization grew as did my enormous respect for the organizers of the day.

New In Chess: The First 25 Years - free download
It is probably just as well that I never married, as remembering anniversaries has never been my forte. Thus, it came as a complete surprise when
Blindfold Chess: History, Psychology, Techniques, Champions, World Records, and Important Games
How to Play Good Opening Moves - download book
The beginning phase of a game of chess is called the opening. What is the relative importance of the opening as compared to the middlegame and
The King in Jeopardy: The Best Techniques for Attack and Defense
Every chess player, even one who has just taken his first steps in chess, becomes very inspired when he has a chance to make threats directly
Information
Users of Guests are not allowed to comment this publication.