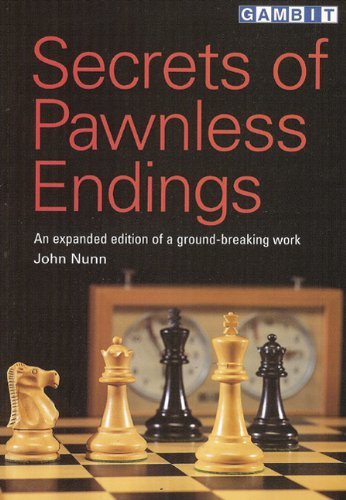 This book is the sequel to Secrets of Rook Endings, and is a continuation of the theme of that book. Secrets of Rook Endings represented an innovation in the world of chess literature; for the first time, the power of the computer was linked to a human interpreter to produce a book in which every move was guaranteed to be accurate, but at the same time the moves were explained in a way comprehensible to average players.

Secrets of pawn endings
The extraordinary complexity of chess is familiar to every player. When most of the pieces are on the board, the number of legal moves is
Encyclopedy of chess Endings. Rook - download book
A large collection of problems with answers. Rook ending.
Fundamental Chess Endings - download free
Fundamental Chess Endings is primarily concerned as a textbook and is divided into 12 chapters with exercises. We start with the basic mates and
The Survival Guide to Rook Endings 2007
The first chapter deals with the essential theory of basic rook endings, including rook vs pawn(s) and rook and pawn(s) vs rook. I've tried to
Information
Users of Guests are not allowed to comment this publication.